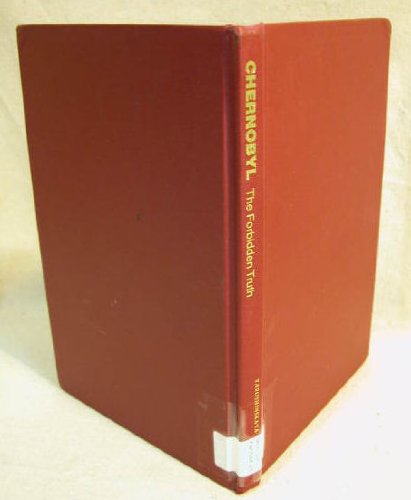 In this impassioned, shocking, and deeply personal story, Alla Yaroshinskaya, then a journalist from Zhitomir, Ukraine, near the Chernobyl power station, describes the 1986 Chernobyl disaster and the bureaucratic and scientific corruption surrounding it. Despite the government’s official silence, news and panic spread throughout the USSR and Europe after the horrific accident. Like others, Yaroshinskaya initially fled with her family in hopes of escaping the danger from radioactive fallout that exceeded that of Hiroshima by three hundred times. When she returned home, she discovered that people in highly contaminated areas were being resettled in ones barely less contaminated, that their serious health problems were officially denied, and that people had to eat locally grown contaminated food. Her newspaper refused to publish her stories and instead commissioned another journalist to write more reassuring accounts. Finally, Isvestia published her articles. Despite official pressure, Yaroshinskaya was nominated overwhelmingly to the new parliament in 1989. This position gained her access to classified documents know as the Kremlin’s "Forty Secret Protocols." Undaunted by threats, she revealed an official cover-up, including lies about "permissible" higher radioactive levels. Her courageous campaign won her the Right Livelihood Award in 1992.

Alla Yaroshinskaya is a member of President Yeltsin’s Council and continues working as a journalist. Her book has been translated into German, French, and Japanese, John Gofman, Professor Emeritus of Medical Physics at the University of California-Berkeley, was corecipient of the 1992 Right Livelihood Award. He is the board chairman for the Committee for Nuclear Responsibility and author of four books on the health effects of radiation. David R. Marples is a professor of Russian history at the University of Alberta.