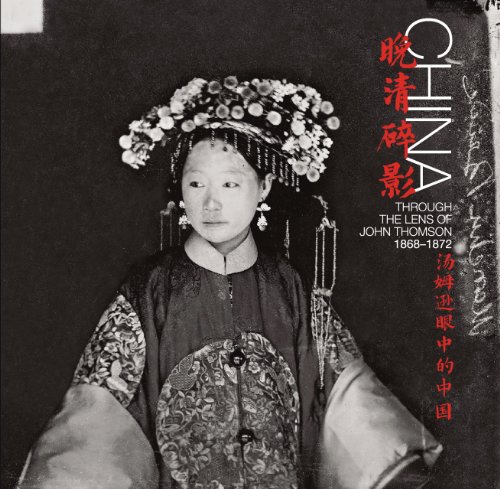 Synopsis: Born two years before the invention of daguerreotype and the birth of photography, Thomson first traveled to Asia in 1862 where he set up a professional photographic studio. The local culture and the people of Asia fascinated him, and in 1868 he made his second trip, this time settling in Hong Kong. Between 1868 and 1872, Thomson made extensive trips to Guangdong, Fujian, Beijing, China's northeast and down the Yangtse River, covering nearly 5000 miles. This exhibition catalogue is drawn from his time in these regions. These were the early days of photography when negatives were made on glass plates that had to be coated with emulsion before the exposure was made. A huge amount of cumbersome equipment had to be carried from place to place and with perseverance, great energy and stamina, Thomson managed to take a wide variety of images and themes, including landscapes, people, and architecture, domestic and street scenes. As a foreigner, his ability to gain access to photograph women is also remarkable. In China, Thomson excelled as a photographer in quality, depth and breadth, and in artistic sensibility.

About the Author: John Thomson was born June 14th 1837, in Edinburgh, Scotland. After his schooling in the early 1850s he completed his photographic apprenticeship around 1858. In April 1862, Thomson set off for Singapore. There he opened his first photo studio and became a commercial photographer. During this period, he traveled extensively throughout Asia, photographing the native peoples and their activities. He is the author of several books including The Antiquities of Cambodia (1867), Foochow and the River Min (1873), Illustrations of China and its people (1873), Street life in London (1878) and Through China with a Camera (1898). In 1881 he was appointed photographer to the British Royal Family by Queen Victoria. After retiring from his commercial studio in 1910, Thomson spent most of his time back in Edinburgh. In October 1921, Thomson died of a heart attack at the age of 84.

Book Description River Books Press Dist A C, 2010. Condition: as new. Appears unread. May have a retail sticker on back cover or remainder mark on the text block Expect delivery in 20 days. Seller Inventory # 9786167339009-2

Book Description River Books Press Dist A C 2010-07-16, 2010. Hardcover. Condition: Good. Item is in good condition. Some moderate creases and wear. This item may not come with CDs or additional parts including access codes for textbooks. Might be an ex-library copy and contain writing/highlighting. Seller Inventory # DS-6167339007-3

Book Description River Books Press Dist A C, 2010. Condition: Good. Bilingual. Ships from the UK. Shows some signs of wear, and may have some markings on the inside. Seller Inventory # GRP114647145