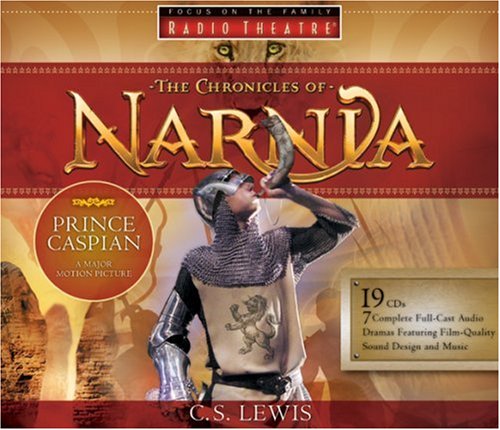 Quantity: 1
View all  copies of this book
Buy Used
Price: US$ 39.41 Convert Currency
Shipping: US$ 3.99 Within U.S.A. Destination, rates & speeds
Add to basket

100% Customer Satisfaction Guaranteed ! The book shows some signs of wear from use but is a good readable copy. Cover in excellent condition. Binding tight. Pages in great shape, no tears. Not contain access codes, cd, DVD. Seller Inventory # MBSG1589971493

Award-winning cast and film-quality sound design and music mark this amazing audio drama series based on the best-selling The Chronicles of Narnia books by C. S. Lewis. Starring David Suchet as Aslan the Great Lion and Paul Scofield as the Storyteller, all seven of The Chronicles of Narnia are presented in 19 audio cds or cassettes--over 23 hours. Be transported to a world that will inspire your imagination. Beautifully packaged in a durable box for easy traveling, collecting, and gift giving.

The Chronicles of Narnia, by C.S. Lewis, is one of the very few sets of books that should be read three times: in childhood, early adulthood, and late in life. In brief, four children travel repeatedly to a world in which they are far more than mere children and everything is far more than it seems. Richly told, populated with fascinating characters, perfectly realized in detail of world and pacing of plot, and profoundly allegorical, the story is infused throughout with the timeless issues of good and evil, faith and hope. This boxed set edition includes all seven volumes.