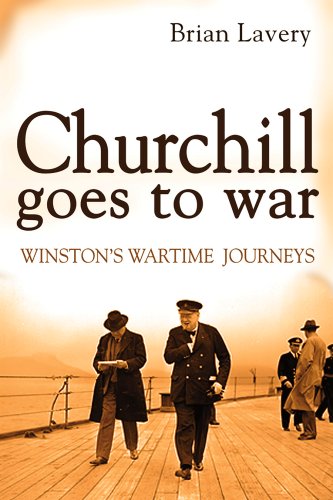 One of Britain's top historians takes on a previously unexplored area of Churchill's wartime efforts in this much anticipated follow on to a successful study last year of Churchill's navy. Entirely original in his approach, Lavery considers the practicalities of transporting a prime minister through dangerous skies and across hostile oceans in a time of global war. Readers learn that like most of the British war effort, Churchill's voyages were under-planned and improvised. The many firsthand accounts that are included offer an intimate portrait of the man through the eyes of his traveling companions, ministers, and top military officers, and secretaries and typists, as well as the ship and aircraft crews responsible for his safety. The book concludes with an examination of the legacy of the voyages, especially with regard to air travel and developing world statesmanship.

About the Author: Brian Lavery is the guest curator of the exhibition Victory 250 at Chatham Historic Dockyard. He has written more than thirty books on maritime history including the highly successful Nelson's Navy and Empire of the Seas.

Book Description Naval Institute Press. Hardcover. Condition: As New. An apparently unread copy in perfect condition. Dust cover is intact; pages are clean and are not marred by notes or folds of any kind. At ThriftBooks, our motto is: Read More, Spend Less. Seller Inventory # G1591141036I2N00

Book Description Naval Institute Press. Hardcover. Condition: Good. A copy that has been read, but remains in clean condition. All pages are intact, and the cover is intact. The spine may show signs of wear. Pages can include limited notes and highlighting, and the copy can include previous owner inscriptions. At ThriftBooks, our motto is: Read More, Spend Less. Seller Inventory # G1591141036I3N00

Book Description Naval Institute Press, 2007. Condition: Good. A+ Customer service! Satisfaction Guaranteed! Book is in Used-Good condition. Pages and cover are clean and intact. Used items may not include supplementary materials such as CDs or access codes. May show signs of minor shelf wear and contain limited notes and highlighting. Seller Inventory # 1591141036-2-4