Home Edgar Wallace The Clue Of The Silver Key 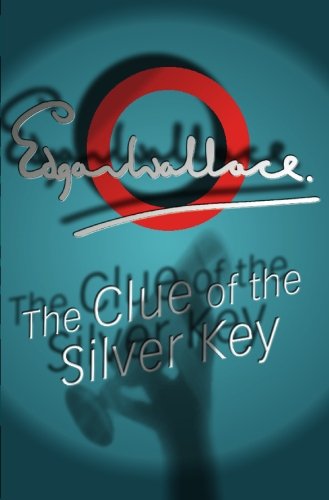 The Clue Of The Silver Key

Synopsis: This thrilling murder mystery features some veritable characters: inventor and heir-at-law Dick Allenby, and banker and speculator Leo Moran. Add Dornford, Hennessey and the actress Mary Lane, and Washington Wirth who gives parties and loves flattery. Hervey Lyne, Binny and the indomitable Surefoot Smith. Of them all only Tickler is innocent. Leaving gala night at the Litigation Club, Dick and Surefoot are discussing guns...but there before them a cab has been left in the middle of the road. The man inside has been shot.

About the Author: Richard Horatio Edgar Wallace was born illegitimately in Greenwich, London, in 1875to actors Mary Jane Richards and T. H. Edgar. As an infant he wasadopted by George Freeman, a porter at Billingsgate fish market. Aged eleven, Wallace sold newspapers at Ludgate Circus and upon leaving school took a job with a printer. He later enlisted in the Royal West Kent Regiment, beforetransferring to the Medical Staff Corps, and was sent to South Africa. In 1898 he published a collection of poems called The Mission that Failed, and subsequently left the army to become acorrespondent for Reuters.South African war correspondent for The Daily Mail followed and hisarticles were later published as Unofficial Dispatches. His outspokenness infuriated Lord Kitchener, who removed his credentialsas a war correspondent. He thenedited the Rand Daily Mail, but gambled disastrously on the South African Stock Market. Returning to England, he at first reportedon crimes and hanging trials, before becomingeditor of The Evening News. It was in 1905 that he founded the Tallis Press, publishing Smithy, a collection of soldier stories, and The Four Just Men. The latter waspublished with the ending removed as anadvertising stunt and he offered £500 to readers who could successfully guess the ending. Unfortunately, many did and he was almost bankrupted. At various times Wallacealso worked as a journalist on The Standard, The Star, The Week-End Racing Supplement and The Story Journal. In 1917, he became a Special Constable at Lincoln's Inn and also a special interrogator for the War Office. The Daily Mail sent Wallace to investigate atrocities in the Belgian Congo, a trip that provided material for his Sanders of the River books. In 1923 he became Chairman of the Press Club and in 1931 stood as a Liberal Parliamentary candidatefor Blackpool. mHis first marriage in 1901 to Ivy Caldecott, daughter of a missionary, ended in divorce in 1918 and he later married his much younger secretary, Violet King. Along with countlessarticles, some 23 screenplays and many short stories,Wallacewrote more than 170 books, which have been translated into 28 languages and sales of which have exceeded 50 million copies. Over 160 films have been made from his books - more than any other author. In the 1920's one of Wallace's many publishers claimed that a quarter of all books read in England were written by him. His sales were exceeded only by The Bible. He died in 1932 whilst workingon the screenplay for King Kong,

1. The Clue Of The Silver Key

2. The Clue Of The Silver Key

Book Description Paperback. Condition: Very Good. The book has been read, but is in excellent condition. Pages are intact and not marred by notes or highlighting. The spine remains undamaged. Seller Inventory # GOR009532349

4. The Clue of the Silver Key