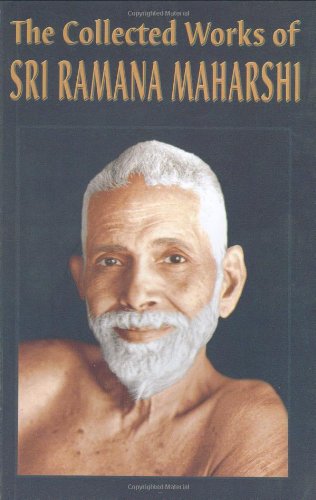 Synopsis: The Thirteenth Edition has just been released.A few additions of prominent disciples have been added but most of the pages still remain Arthur Osborne's. Ramana was a silent Teacher, if there was one. It would be more appropriate to call him the Silent One, for teaching denotes duality, the teacher and taught, while Ramana was, as a devotee wrote, the Pure Non-dual Essence. His most direct and profound teaching was transmitted in silence. However, how many were there that could immediately hear or experience the unspoken, the unwritten word? Devotees and visitors asked questions and out of his boundless compassion Bhagavan answered them in his own inimitable way, as the following excerpts will show. It was in 1911 that the first westerner, Frank Humphreys, then a policeman stationed in India, discovered Sri Ramana and wrote articles about him which were first published in The International Psychic Gazette in 1913. However, Sri Ramana only became relatively well known in and out of India after 1934 when Paul Brunton, having first visited Sri Ramana in January 1931, published the book A Search in Secret India, which became very popular. Resulting visitors included Paramahansa Yogananda, Somerset Maugham (whose 1944 novel The Razor's Edge models its spiritual guru after Sri Ramana), Mercedes de Acosta, Julian P. Johnson, and Arthur Osborne. Sri Ramana's relative fame spread throughout the 1940s. However, even as his fame spread, Sri Ramana was noted for his belief in the power of silence and his relatively sparse use of speech, as well as his lack of concern for fame or criticism.His lifestyle remained that of a renunciate. This work contains almost everything written by Bhagavan Sri Ramana Maharshi. His inspired compositions, and a number of translations from ancient Advaitic texts, representing the essence of his teachings. They fall into two categories--those which exemplify the path of surrender through love and devotion to the Divine, and those which are more doctrinal. The first group includes the Five Hymns to Sri Arunachala of which the first poem, The Marital Garland Of Letters "is among the most profound and moving poems in any language" and expresses the attitude of the soul aspiring for union with God. Sri Bhagavan has affirmed that seekers who study these works are certain to attain the bliss of liberation.

About the Author: Sri Ramana Maharshi (December 30, 1879- April 14, 1950), born Venkataraman Iyer, was an Indian sage. He was born to a Tamil-speaking Brahmin family in Tiruchuzhi, Tamil Nadu. After having attained liberation at the age of 16, he left home for Arunachala, a mountain considered sacred by Hindus, at Tiruvannamalai, and lived there for the rest of his life. Arunachala is located in Tamil Nadu, South India. Although born a Brahmin, after having attained moksha he declared himself an "Atiasrami", a Sastraic state of unattachment to anything in life and beyond all caste restrictions.Sri Ramana maintained that the purest form of his teachings was the powerful silence which radiated from his presence and quieted the minds of those attuned to it. He gave verbal teachings only for the benefit of those who could not understand his silence.His verbal teachings were said to flow from his direct experience of Consciousness (Atman) as the only existing reality. When asked for advice, he recommended self-enquiry as the fastest path to moksha. Though his primary teaching is associated with Non-dualism, Advaita Vedanta, and Jnana yoga, he recommended Bhakti to those he saw were fit for it, and gave his approval to a variety of paths and practices. Family Background Sri Ramana was born in a village called Tiruchuli near Madurai in Tamil Nadu, South India on Arudra Darshanam day, into an orthodox Hindu Tamil (Iyer) family, the second of four children of Sundaram Iyer (1845-1892) and Azhagammal (?-1922), and named Venkataraman at birth. His siblings were Nagaswamy (1877-1900), Nagasundaram (1886-1953) and sister Alamelu (1891/92-1953). Venkataraman's father was a respected pleader.[6] [edit] Childhood Venkataraman seemed a normal child with no apparent signs of future greatness. He was popular, good at sports, very intelligent but lazy at school, indulged in an average amount of mischief, and showed little religious interest. He did have a few unusual traits. When he slept, he went into such a deep state of unconsciousness that his friends could physically assault his body without waking him up. He also had an extraordinary amount of luck. In team games, whichever side he played for always won. This earned him the nickname 'Tangakai', which means 'golden hand'[7]. When Venkataraman was about 11, his father sent him to live with his paternal uncle Subbaiyar in Dindigul because he wanted his sons to be educated in English so they would be eligible to enter government service and only Tamil was taught at the village school in Tiruchuzhi. In 1891, when his uncle was transferred to Madurai, Venkataraman and his older brother Nagaswami moved with him.

Book Description Sri Ramnasramam/Tiruvannamalai/India, 2015. Condition: Good. A+ Customer service! Satisfaction Guaranteed! Book is in Used-Good condition. Pages and cover are clean and intact. Used items may not include supplementary materials such as CDs or access codes. May show signs of minor shelf wear and contain limited notes and highlighting. Seller Inventory # 8188018066-2-4

9. THE COLLECTED WORKS OF SRI RAMAN