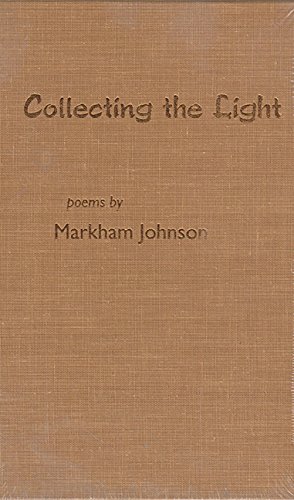 Of Johnson's work, Philip Levine has written:
"What attracted me to this collection was the maturity of voice; these are clearly the poems of an adult, a person in the world, who has learned how to talk about an actual life with clarity, eloquence, and passion."
"Johnson is a poet of great tenderness and wonder, patient and attentive to revelation.  Fresh and strange, his poems draw the reader into a luminous inner life which is both familiar and unlikely at once--a territory that feels like home."--Mark Doty From the grandmother they feared "might never return, / slipping her knotted fingers into the furred pockets / of the astral world," to the eight-year-old "for whom Christmas still arrives suddenly, / through the hard pack of winter / to uncover distant family / and ice skates curled under the tree," this poetry sings of family and love, of blood and growing old and dying, of dirt roads and truck stops and starlings who "blacken the trees" like "cheap violins."
In Johnson's Midwest, Georgia O'Keeffe paints "bone white / the eternity of a long ball" for Roger Maris, and a boy in "the heat of summer" practices "lonely piano scales / by the screen door waiting to collect the news, / the box scores, / Mantle: one for four, but a homer."
If we have never seen this Midwest, we have traveled there in dreams, a heartland on the edge of the astral plane: haunted, full of longing, its night alive with the possibility of transformation.  Angels there are "common as houseflies," and one can barely distinguish fireflies from stars. Markham Johnson's Starlings, Grackles, Redwings won the South Florida Poetry Review 1991 chapbook competition.  He is executive director of Associated Writing Programs at Old Dominion University in Norfolk, Virginia. Collecting the Light
Each night of this summer my children collect
fireflies from the cusp of darkness,
impatient for the first, waking always
over a neighbor's yard.  With each catch
they race inside to show me, lights out,
the green radiance seeping through fingers. On the bedroom wall, they have assembled
florescent constellations--her Pleiades, his Cygnus--
from nights charting the sky on the back lawn.
While stars outside shower the window
with small cold buckets of light,
their plastic neon beacons burn
for ten borrowed minutes overhead. In bed, after the last wall star has crawled
back into its night skin, my children
find no comfort lingering in their small tight fists,
as new galaxies rise from the ditch
between our yard and the road--
a corona of fireflies--coalescing
in Queen Anne's Lace, Nightshade and Goldenrod. When I return to pat their covers, and await
the ebb tide of night breath, I find six,
maybe ten, fireflies drifting in and out the empty window,
like guardian angels who, I want to believe,
collect above these beds at dusk, waving
green silk lanterns, all night, after I am gone.