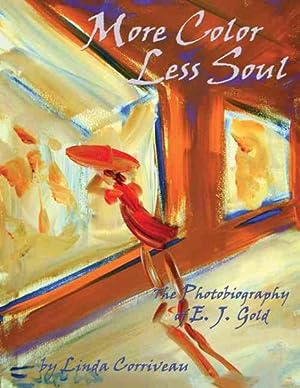 Quantity: 5
View all  copies of this book
Buy New
Price: US$ 34.80 Convert Currency
Shipping: US$ 2.64 Within U.S.A. Destination, rates & speeds
Add to basket

Gold has created a diversified and monumental body of work in the course of 40 years of his career as an artist. This book explores the many facets of this artist and lays the groundwork for understanding why Gold is often called a 'Renaissance Man'. Beginning with the unusual childhood which helped nurture his genius, it touches on his vast range of creativity and experiences more as a photographic record than a penetrating or exhaustive study. It condenses a life lived to the fullest and a voluminous output to an outline of broad areas of activity in an unusually varied art career!

Linda Corriveau is trained in philosophy, art history, and museumology. She was Director of the pavilion Man and His World at the 1967 Montreal EXPO,noted for its exhibit STRANGE, STRANGE WORLD. Corriveau went on as a design consultant to work for the Carier Historical Museum in Montreal, Canada, and the Tyrrell Museum of Paleontology in Alberta's haunting badlands. She branched out into UFO research, television reporting, scientific journalism, book translations, and editorial consulting. More recently Ms. Corriveau became a jewelry designer for Jewels of Ancient Lands, a designer and curator for a small museum in California, the Museum of Ancient and Modern Art, where she became familiar with the art and career of E.J.Gold. She wrote an art monograph on Gold's work--PURE GESTURE--and later worked for over a decade gathering the documentation that appears in MORE COLOR, LESS SOUL.