Items related to Coming Home: The Birth & Transformation of the... 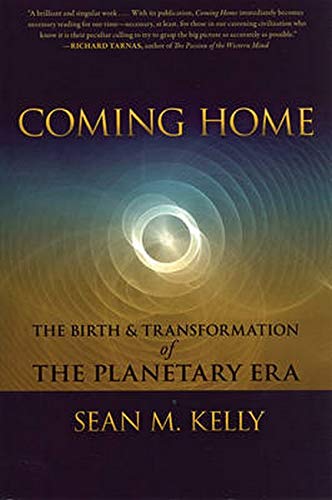 Coming Home: The Birth & Transformation of the Planetary Era

With the threat of global climate change, a looming mass extinction of species, and increasingly complex and volatile geopolitical relations, the entire Earth Community has entered a most critical phase of what the author describes as the “Planetary Era.” This era began some five hundred years ago with the conquest of the Americas and the Copernican revolution in cosmology, but it is just now becoming a defining feature of human consciousness on a global scale.

How did the Planetary Era come about, and why was it initiated in the European West? What elements in the evolution of the Western worldview might contribute to the actualization of a sustainable planetary culture? Drawing from a wide range of panoptic, or “big-picture,” thinkers―from Hegel, Teilhard, Jaspers, and Campbell, to Ken Wilber, Richard Tarnas, and Edgar Morin, among others―the author answers such questions and presents his own synthetic theory of the evolution of consciousness, leading to the birth and transformation of the Planetary Era.

Beginning with a consideration of the fundamental pattern of world history, Sean Kelly reveals the role of a “Great Code” and the turning of a tightening spiral in the evolution of the past two millennia of Western―and increasingly, planetary―consciousness. Along with a vision of the path that has lead to our vexed and complex present, the author offers reason to hope that we are on the threshold of a new countercultural resurgence―a new planetary wisdom culture―that could signal the homecoming for which our troubled world so desperately longs.

Sean M. Kelly, Ph.D., is Professor in the Philosophy, Cosmology, and Consciousness Program at the California Institute of Integral Studies (CIIS) in San Francisco. He has published numerous articles on Jung, Hegel, transpersonal psychology, and the new science and is the author of Individuation and the Absolute: Hegel, Jung, and the Path toward Wholeness (Paulist Press, 1993). Sean is an editor (with Donald Rothberg) of Ken Wilber in Dialogue: Conversations with Leading Transpersonal Thinkers (Quest, 1998) and a translator (with Roger Lapointe) of the French thinker Edgar Morin's book Homeland Earth: A Manifesto for the New Millennium (Hampton Press, 1999). Along with his academic work, Sean has trained intensively in the Chinese internal arts (taiji, bagua, and xingyi) and has been teaching taiji since 1990.