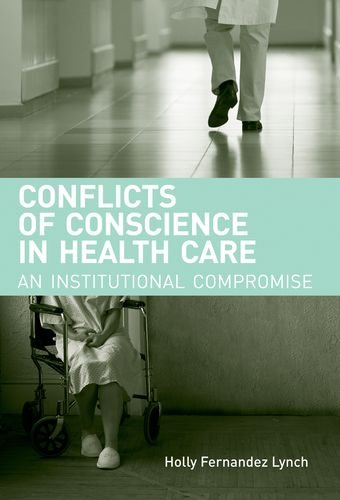 Physicians in the United States who refuse to perform a variety of legally permissible medical services because of their own moral objections are often protected by "conscience clauses." These laws, on the books in nearly every state since the legalization of abortion by Roe v. Wade, shield physicians and other health professionals from such potential consequences of refusal as liability and dismissal. While some praise conscience clauses as protecting important freedoms, opponents, concerned with patient access to care, argue that professional refusals should be tolerated only when they are based on valid medical grounds. In Conflicts of Conscience in Health Care, Holly Fernandez Lynch finds a way around the polarizing rhetoric associated with this issue by proposing a compromise that protects both a patient's access to care and a physician's ability to refuse. This focus on compromise is crucial, as new uses of medical technology expand the controversy beyond abortion and contraception to reach an increasing number of doctors and patients. Lynch argues that doctor-patient matching on the basis of personal moral values would eliminate, or at least minimize, many conflicts of conscience, and suggests that state licensing boards facilitate this goal. Licensing boards would be responsible for balancing the interests of doctors and patients by ensuring a sufficient number of willing physicians such that no physician's refusal leaves a patient entirely without access to desired medical services. This proposed solution, Lynch argues, accommodates patients' freedoms while leaving important room in the profession for individuals who find some of the capabilities of medical technology to be ethically objectionable.

Book Description The MIT Press, 2008. Hardcover. Condition: Good. Connecting readers with great books since 1972. Used books may not include companion materials, some shelf wear, may contain highlighting/notes, may not include cdrom or access codes. Customer service is our top priority!. Seller Inventory # S_259544378

Book Description The MIT Press, 2008. Condition: Good. A+ Customer service! Satisfaction Guaranteed! Book is in Used-Good condition. Pages and cover are clean and intact. Used items may not include supplementary materials such as CDs or access codes. May show signs of minor shelf wear and contain limited notes and highlighting. Seller Inventory # 0262123053-2-4