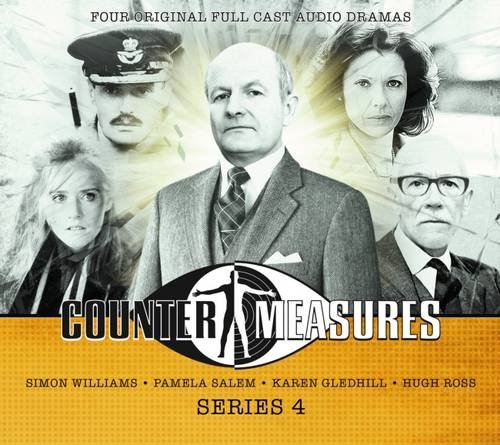 A spin-off featuring characters from Doctor Who TV story Rememberance of the Daleks. Four brand new adventures with the Intrusion Counter-Measures Group, as long-held secrets are torn open...and the deadly truth dawns at last: 4.1 New Horizons by Mark Wright and Cavan Scott. When an explosion disrupts work on a monorail, Gilmore, Allison, Rachel and Sir Toby investigate the enigmatic company behind the project. But with government interference on one side, and dangerous businessmen on the other, who can they possibly trust? 4.2 The Keep by Ken Bentley. For many years Sir Toby has used the Keep - the most secure and secret prison in England - to hide away incredibly dangerous threats to the country. But now two prisoners are attempting to escape - and they're not the only ones. 4.3 Rise and Shine by John Dorney. Old enemies are becoming friends. Old friends are becoming enemies. As they finally discover who they're up against, and with the future of the planet at stake, the Counter-Measures team have to risk everything to survive. 4.4 Clean Sweep by Matt Fitton. The dust may have settled, but the threat lives on.With the team in hiding, and an unknown enemy at their heel, they need to turn the tables, and quickly. But can they ever really be safe? All new audio drama performed by a full cast with specially composed music and cinematic sound design. Starring Simon Williams, Pamela Salem and Karen Gledhill, reprising their roles of Group Captain Gilmore, Rachel Jensen and Allison Williams from the TV story Rememberance of the Daleks, in which they appeared opposite Sylvester McCoy's Seventh Doctor. CAST: Simon Williams (Group Captain Ian Gilmore), Pamela Salem (Rachel Jensen), Karen Gledhill (Allison Williams), Hugh Ross (Sir Toby Kinsella), Oscar Pearce (The Captain), Philip Pope (Templeton).