Items related to The Criminal Underworld in a Medieval Islamic Society:... 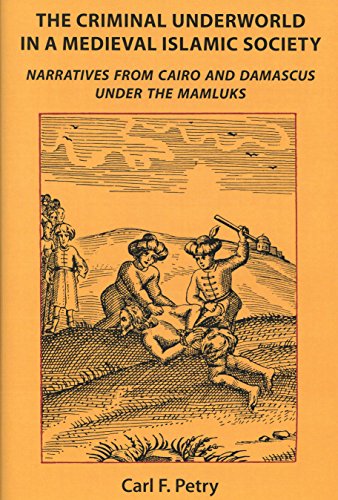 The Criminal Underworld in a Medieval Islamic Society: Narratives from Cairo and Damascus Under the Mamluks (Chicago Studies on the Middle East)

Title: The Criminal Underworld in a Medieval ...

The narrative histories generated during the Mamluk Period in Cairo and Damascus (648 922H/ 1250-1517CE) addressed a wide range of domestic issues, in addition to their commentaries on imperial politics and international events. Topics such as the local economy, relations between sectarian communities, and the conduct of civil litigation under Sharia statutes were elaborated in minute detail, and have attracted the attention of contemporary historians. Less studied have been the chroniclers numerous references to criminal activity committed at all levels of society, from its elite military echelons to individuals or groups who occupied its margins. The latter elements, despite their demographic visibility, have in many instances evaded the notice of modern scholarship on medieval Islamic cultures. This study aims at disclosing their impact on society in the two largest cities of the Mamluk State, as depicted by those who witnessed it at close range. These local chroniclers pursued an agenda when they dwelled on the criminal acts they observed. Rather than offering simple decrials of wrongdoing, their comments collectively targeted the agents charged with policing social interaction and upholding public security. Disclosure of collusion in crime by those formally pledged to suppress it emerged as a covert, yet signal, objective of these chroniclers. The book examines this objective as it was discerned in more than a thousand incidents of criminal activity in Cairo and Damascus during the Late Middle Ages. The complicity it exposed provides insights that revise current views about the working of government under the Mamluks, and the perspectives of groups whose voices have gone largely unheard in the Historiography of pre-modern Islamic societies.

^BCarl F. Petry^b is the Hamad Bin Khalifa Al Thani Professor of Middle East Studies in the Department of History, Northwestern University. His publications include ^GThe Civilian Elite of Cairo in the Later Middle Ages^g and ^GProtectors or Praetorians? The Last Mamluk Sultans and Egypt's Waning as a Great Power^g. He has edited and contributed to ^GThe Cambridge History of Egypt, vol. I: Islamic Egypt, 640-1517^g.