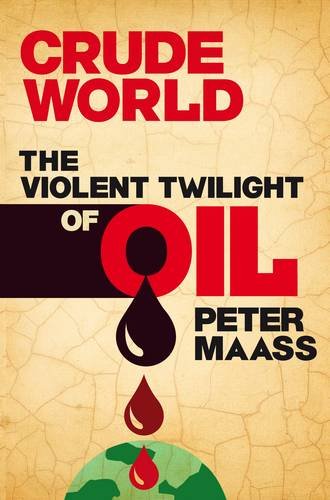 Review: A Q&A with Peter Maass

Question: You write about BP's problematic safety record in Crude World. Were you surprised by the Deepwater Horizon disaster?

Peter Maass: Unfortunately not. Within the past decade, BP has been responsible for disasters in other locations, such as an explosion at a Texas refinery that took 15 lives, as well as major spills from its pipelines in Alaska. Taking risks and cutting corners appear to be the norm. But BP succeeded in the domain that counts the most in any industry--it was highly profitable. Tony Hayward, the firm's chief executive, and John Browne, his predecessor, were highly regarded by their peers and their shareholders.

Question: What do you think of BP's response so far?

Peter Maass: It has been miserable, and predictably so. Due to its cost-cutting and its hubris, BP did not have an adequate response plan. Whether from mendacity or ineptitude, it underestimated the spill in the early days and refused to make public the video feeds it had of the underwater gusher (the government eventually forced it to share the video). But it's important to understand that BP is not a tremendous exception; blowouts and spills and secrecy are consistent features of oil extraction. Although a handful of companies are better-run than BP, a larger number are far worse.

Question: In Crude World you discuss major spills in Ecuador and Nigeria. How do you think the Deepwater Horizon spill will compare?

Peter Maass: It's unlikely the amount leaking into the Gulf of Mexico will come close to what's happened in Nigeria. For Nigeria, a drip-drip scenario over the course of decades has all but destroyed the Niger Delta wetlands. In Ecuador, spilled oil isn't the only problem because billions of gallons of toxic wastewater have been poured into rivers. We need to understand that oil extraction poses a range of hazards--including the burning of natural gas--and spills are just one.

Question: What initially got you interested in the story of oil?

Peter Maass: Much of my writing life involved wars, and oil was often mentioned. "It's all about oil," I was told. Or, "It's not about oil at all." Oil is central to our world, but what role does it play in violent conflicts and the divide between rich and poor? Some excellent books had been published, of course, but mainly for academic or expert readers. I had found my subject--a book that would explain in compelling ways what we do for oil and what oil does to us.

Question: What surprised you most as you were reporting the story?

Peter Maass: Oil, as the topic of a book, defied the norms of interrogation. It doesn't have a voice, body, army or dogma of its own. How do you coax secrets from a liquid? I had to travel around the world and talk to all sorts of people--oilmen, warlords, politicians, economists, geologists, environmentalists, sheikhs, lobbyists, and roughnecks. The subjects we discussed ranged from history to law, corruption, engineering, culture, psychology, and justice. I was journeying through an intellectual as much as a physical world.

Question: What do you see as the most necessary change that needs to be made to begin to curtail the problems associated with oil?

Peter Maass: We need to curtail our appetite for oil. We need to understand--and I hope my book provides some help on this--that our dependence on oil harms the countries that produce it. Violence, poverty, corruption, pollution—these are linked to oil. The Deepwater Horizon disaster reminds us of what has been happening. We need to become more conservation-minded and efficient, and we need to develop renewable energy on a broad scale. For all of us, consumers and suppliers, it will be a long and painful process. But it can be done.

Book Description Allen Lane, 2009. Hardcover. Condition: Very Good. Very Good condition with no significant faults. Clearly used but very few minor defects. Will look good on your book case after reading but may not be suitable as a present unless hard to find elsewhere MOST IMAGES ARE STOCK PHOTOS. IF YOU NEED A PARTICULAR EDITION PLEASE SEND US A MESSAGE BEFORE PURCHASING SO THAT WE CAN CHECK THAT THE ONE ON OFFER IS THE ONE YOU REQUIRE. SECURE DAILY POSTING FROM UK. 30 DAY GUARANTEE. Seller Inventory # mon0002471274

Book Description Allen Lane, 2009. Hardcover. Condition: Used; Good. **Simply Brit** Shipped with Premium postal service within 24 hours from the UK with impressive delivery time. We have dispatched from our book depository; items of good condition to over ten million satisfied customers worldwide. We are committed to providing you with reliable and efficient service at all times. Seller Inventory # 1139103

Book Description Allen Lane, 2009. Hardcover. Condition: Used; Good. **SHIPPED FROM UK** We believe you will be completely satisfied with our quick and reliable service. All orders are dispatched as swiftly as possible! Buy with confidence!. Seller Inventory # mon0001669925

Book Description Allen Lane, 2009. Hardcover. Condition: Very Good. All orders are dispatched the following working day from our UK warehouse. Established in 2004, we have over 500,000 books in stock. No quibble refund if not completely satisfied. Seller Inventory # mon0003248498

Book Description Allen Lane 01/10/2009, 2009. Condition: Very Good. This book is in very good condition and will be shipped within 24 hours of ordering. The cover may have some limited signs of wear but the pages are clean, intact and the spine remains undamaged. This book has clearly been well maintained and looked after thus far. Money back guarantee if you are not satisfied. See all our books here, order more than 1 book and get discounted shipping. . Seller Inventory # 7719-9781846142468