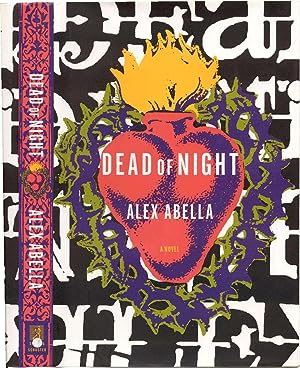 A 300 page novel featuring Charlie Morell, a Cuban-American lawyer and sometimes private investigator, who is involved in solving a murder related to Santeria, the Afro-Cuban occult group. SIGNED by the author on the title page. First edition, first printing. Dust jacket is enclosed in a clear mylar cover. Book will be carefully packed and shipped in a box. Bookseller Inventory # 8131

Combination lawyer and private detective Charlie Morrell must face down not only an evil santero leading a cult in ritual torture, but his own bloody past that separates him from his wife and infant son

Alex Abella's first book about Cuban American private eye turned lawyer Charlie Morell, The Killing of the Saints, got some fine notice for its vivid writing and its unusual setting--the small but lively Cuban American subculture in Los Angeles. The mysteries and rituals of the religion known as santeria play a large part in this new story, as Morell searches for the murderer of his friend, Armando, who first got him interested in the subject. "We're not all like Ramon Valdez, Charlie," Armando says about the villain of the first book. "He was a devil worshipper. We follow the path of the light. You should come see us sometime." As Morell tells us, "with those simple words Armando opened the door to my own forgiveness. No, I did not find salvation at the foot of some ridiculous idol, nor did I pledge my soul to an imp from the African forest.... I came to see that in its theological complexity, hierarchical subtleties and accumulated wisdom, santeria was as passionate and stirring as the ancient Greco-Roman myths, as enlightening as the unfolding monads of Hinduism." Charlie--called "the voodoo counselor" by a sarcastic cop--will need all the enlightenment he can muster as he discovers that the brutal killer has made him his next target. Amidst all the local color and considerable bloodletting, Abella proves that he also knows how to deliver a suspenseful mystery. --Dick Adler

Modern Fiction and Mystery. New and used. Many signed. For further information, please contact me at 805-582-0162.


Kathleen Simpson, 2992 Chippewa Avenue, Simi Valley, CA 93063. Telephone and
fax number 805-579-9656. E-mail is mkthpms@aol.com. Shipping and handling via
Media Mail. Priority mail available upon request. Shipping and handling is
quoted for heavy books and foreign orders. Full refund for books returned in
as-shipped condition within 10 days of shipping date, for any reason. Books can
be held for 10 days with E-mail or telephone request. Prices are subject to
change without notice until receipt o...