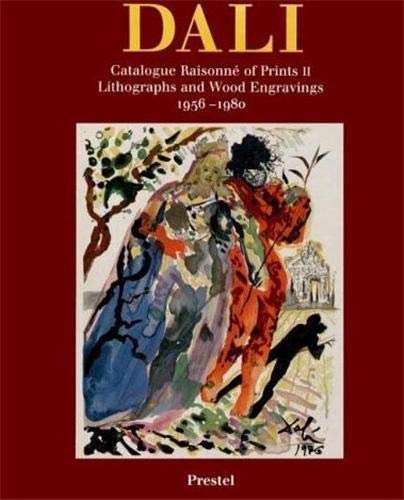 Synopsis: Salvador Dali, who was born in Figueras in Catalonia in 1904 and died there 85 years later, was one of the most important of the Surrealists. Simultaneously a painter, writer, filmmaker and, above all, a showman, the artist created an enormous wealth of material by means of his versatile talents. With his self-dramatization and skilful establishment of his own personality as a work of art, he was a model for many other 20th-century artists. In their acknowledgements to "Salvador Dali: Catalogue Raisonne of Prints I - Etchings and Mixed-Media Prints, 1924-1980", published in 1993, authors Ralf Michier and Lutz W. Loepsinger thanked Robert Descharnes, Dali's personal secretary of many years, for "protecting us from the small band of interested parties who tried to obstruct our research, even into forgeries, by means of intimidation, threats of litigation, and intrigue." Although Dali produced far fewer lithographs and wood engravings than etchings and mixed-media graphics, the problems encountered by the authors for this second volume were in no way diminished, as once again there exist a large number of forgeries that were made on signed sheets of blank paper. This title illustrates the total output of this bizarre period of the artist's life. Until 1956, Dali rejected lithography as an artistic medium. He considered the technique "weak and bureaucratic". It was only the insistence of the publisher Josef Foret that led him to become more involved, in a predictably unconventional fashion, however. He worked on stone, both on the Paris streets and in his garden in Cadaques. Light bulbs filled with lithographic ink were smashed against stone, or ink-filled bullets were fired at printing plates from antique rifles or crossbows to produce the first tachist graphics in history.