Items related to A Damsel in Distress 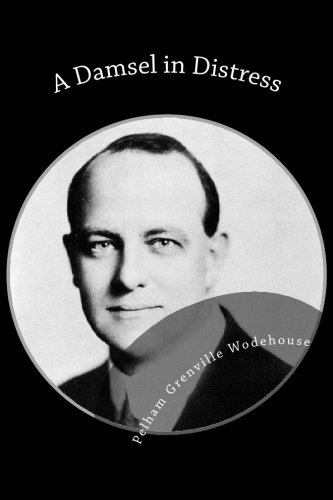 A Damsel in Distress

Title: A Damsel in Distress

A Damsel in Distress is a novel by P. G. Wodehouse, first published in the United States on 4 October 1919 by George H. Doran, New York, and in the United Kingdom by Herbert Jenkins, London, on 17 October 1919. It had previously been serialised in The Saturday Evening Post, between May and June that year. Golf-loving American composer George Bevan falls in love with a mysterious young lady who takes refuge in his taxicab one day; when he tracks her down to a romantic rural manor, mistaken identity leads to all manner of brouhaha...

Sir Pelham Grenville Wodehouse, KBE (15 October 1881 – 14 February 1975) was an English humorist, whose body of work includes novels, short stories, plays, poems, song lyrics, and numerous pieces of journalism. He enjoyed enormous popular success during a career that lasted more than seventy years and his many writings continue to be widely read.