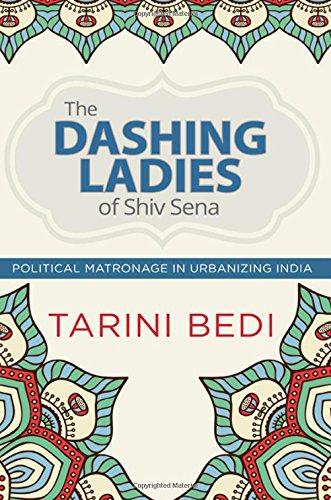 Rich in detail, this book tells the stories of women of Shiv Sena (Shivaji’s Army), a militant political party in Western India. It provides insight into the political networks powered by lower-level women politicians in postcolonial, globalizing cities and on their margins. Based on more than ten years of in-depth ethnographic fieldwork with the women of Shiv Sena, the work shows how women political activists in urbanizing India conjure political authority through the inventive, dangerous, and transgressive political personas known as “dashing ladies.” Tarini Bedi develops a feminist theory of brokerage politics, arguing that political grids where women employ political, symbolic, and material resources through the political system may be seen as channels of what can be termed “political matronage.”

Tarini Bedi is Assistant Professor of Anthropology at the University of Illinois at Chicago.