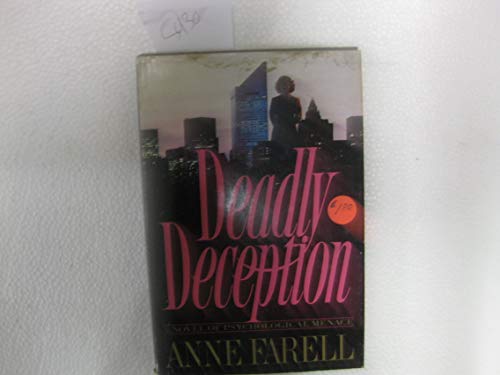 From Kirkus Reviews: Gripping, if increasingly implausible, first novel--a sins-of- the-father melodrama in the Mary Higgins Clark mold. Beth Methany--fumbling for the reins of her powerful, unscrupulous father David's real-estate empire after his death--has enough problems without a series of anonymous notes obscurely hinting at vengeance for some unspecified episode involving society matron Lilly Jane Litwin, dead these 30 years. She can't know--as we do, courtesy of extended flashbacks--that her correspondent is Lilly Jane's illegitimate daughter by David, who had first insisted on an abortion when the wife of his dedicated enemy Harry Litwin conceived, and then poisoned her midway through her ninth month when she still refused. Delivered anyway--despite her father's knowledge--and now working for his firm as a can-do lawyer, Alyson Gentry, robbed of the chance to claim her birthright when he dies, focuses instead on destroying the unwitting half-sister who's inherited the company. The opening scenes here, which set up the revenge plot, are effectively edgy, but once Alyson gets down to her skullduggery--worming herself into Beth's confidence in order to get the inside dope that will allow her to send Beth the wrong color flowers, tamper with her potting kiln, drain her car's gas tank, provoke her allergy to shellfish, and threaten her estranged lover, Councilman Ben Wyler--her plotting seems annoying rather than menacing, and the final sequence, in which she suddenly gets ready to kill her hated sister, passes belief. The central sibling rivalry shrieks TV movie, but a network rewrite would make that second half more trying for Beth--and less for the audience. -- Copyright ©1992, Kirkus Associates, LP. All rights reserved.

Book Description Simon & Schuster. Hardcover. Condition: As New. An apparently unread copy in perfect condition. Dust cover is intact; pages are clean and are not marred by notes or folds of any kind. At ThriftBooks, our motto is: Read More, Spend Less. Seller Inventory # G0671753398I2N00