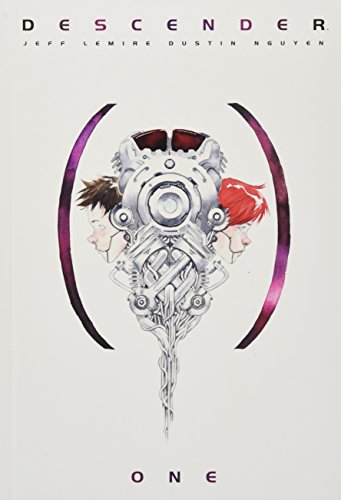 "Your new sci-fi obsession is here, and its name is Descender." -Entertainment Weekly

Young Robot boy TIM-21 and his companions struggle to stay alive in a universe where all androids have been outlawed and bounty hunters lurk on every planet. Written by award-winning creator, Jeff Lemire, Descender is a rip-roaring and heart-felt cosmic odyssey. Lemire pits humanity against machine, and world against world, to create a sprawling epic.

Dan Abnett lives and works in Maidstone, Kent. After graduating from Oxford, he worked for a while as an editor of comics and children's books before turning to writing full time. In the dozen or so years since then, he has written for such a diverse range of characters--including Scooby-Doo, Thunderbirds, Conan the Barbarian, the X-Men, Johnny Bravo, Batman, Rupert the Bear, Doctor Who, Mr. Men, the Terminator and Postman Pat--that he is now clinically bewildered. He created the popular series Sinister Dexter, which he continues to write, along with other strips, for 2000 AD, and is currently writing AQUAMAN for DC as part of DC Universe: Rebirth.