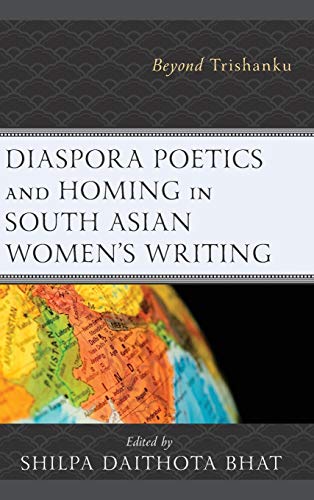 This anthology of essays, deliberates chiefly on the notion of locating home through the lens of the mythical idea of Trishanku, implying in-between space and homing, in diaspora women’s narratives, associated with the South Asian region. The idea of in-between space has been used differently in various cultures but gesture prominently on the connotation of ‘hanging’ between worlds. Historically, imperialism and the indentured/ ‘grimit’ system, triggered dispersal of labourers to the various colonies of the British. Of course, this was not the only cause of international migratory processes. The partition of India and Pakistan led to large scale migration. There was Punjabi migration to Canada. Several Indians, particularly the Gujaratis travelled to Africa for business reasons. South Indians travelled to the Gulf for employment. There were migrations to East Asian countries under the kangani system. Again, these were not the only reasons. The process of demographic movement from South Asia, has been complex due to innumerable push-pull factors. The subsequent generations of migrants included the twice, thrice (and likewise) displaced members of the diaspora. Racial denigration and Orientalist perceptions plagued their lives. They belonged to various ethnicities and races, inhabited marginalized spaces and strived to acculturate in the host society. Complete cultural assimilation was not possible, creating layered and hyphenated identities. These intricate social processes resulted in amalgamation and cross-pollination of cultures, inter-racial relationships and hybridization in all terrains of culture—language, music, fashion, cuisine and so on. Situated in this matrix was the notion of Home—a special personal space which an individual could feel as belonging to, very strongly. Nostalgia, loss of home, culture shock and interracial encounters problematized this discernment of belongingness and home. These multifarious themes have been captured by women writers from the South Asian region and this book looks at the various aspects related to negotiating home in their narratives.