Items related to Dred; a Tale of the Great Dismal Swamp, Together with...

Home Stowe, Harriet Beecher Dred; a Tale of the Great Dismal Swamp, Together with ...
Stock Image 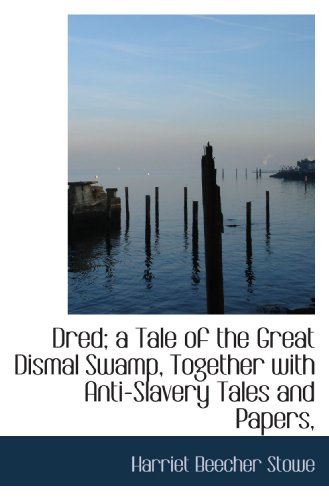 Dred; a Tale of the Great Dismal Swamp, Together with Anti-Slavery Tales and Papers,

Orders ship the same or next business day. All orders ship with a tracking number. Bookseller Inventory # REN-294-06380

Title: Dred; a Tale of the Great Dismal Swamp, ...

Harriet Beecher Stowe was an American author and abolitionist. Born in Litchfield, Connecticut, she was raised in a deeply religious family and educated in a seminary school run by her elder sister. In her adult life, Stowe married biblical scholar and abolitionist Calvin Ellis Stowe, who would later go on to work as Harriet s literary agent, and the two participated in the Underground Railroad by providing temporary refuge for escaped slaves travelling to the American North. Shortly before the outbreak of the American Civil War, Stowe published her most famous work, Uncle Tom s Cabin, a stark and sympathetic depiction of the desperate lives of African American slaves. The book went on to see unprecedented sales, and informed American and European attitudes towards abolition. In the years leading up to her death, suffering from dementia or Alzheimer s disease, Stowe is said to have begun re-writing Uncle Tom s Cabin, almost word-for-word, believing that she was writing the original manuscript once again. Stowe died in July 1, 1896 at the age of eighty-five.

Xpress Books is part of a larger company, BBA Solutions. For the last 15 years, BBA has been an innovator in the college textbook market by lowering prices and delivering top quality service. BBA is the leading off campus college textbook company in the United States. We started Xpress Books as a way to provide low prices and superior service to customers not currently reached by our bookstores. BBA was one of the first companies to buy and sell textbooks online. We have years of experience delivering the right books on time when you need them. You can have confidence that you are dealing with a company that knows our job and cares about your personal situation. Thank you for your business.