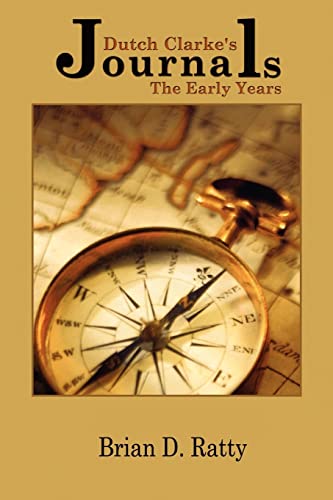 Synopsis: We all come into this world alone, and go out the same. Between coming and going, is life. This is a story about life and how a year long adventure defines the future for a young man named Dutch Clarke. Manipulated by his Grandfather, he undertakes a one-year ordeal in the wilderness of British Columbia in 1941. Set against the backdrop of the opening days of World War II, this is a classic story of a personal struggle and coming of age against all odds. Dutch begins his trek with only his horse Blaze, two mules and a half wild dog, Gus. As they hike to the remote Nascall Valley, he digs deep to learn courage, self-reliance and self-esteem. Along the way, Dutch faces many obstacles, some life threatening, some inspiring and all a challenge to his character and spirit. Taken from his journals and illustrated with drawings made along the trail, the narrative style of the story strongly pulls the reader along from one adventure to the next. It's a story of redemption. It's a story that shaped a life. It's an "edge of your seat" survival saga at its best!

About the Author: Brian Ratty, internationally known photographer and educator writes his first fictional book for his grandson Alex, who is 13. Mr. Ratty is a graduate of Brooks Institute of Photography and holds an Honorary Master of Science Degree. He has authored over 50 instructional works, videos and magazine articles, on photography. Brian can be reached at Brian@media-west.com

Book Description iUniverse 2001-08, 2001. Condition: New. This item is printed on demand. Brand new book, sourced directly from publisher. Dispatch time is 24-48 hours from our warehouse. Book will be sent in robust, secure packaging to ensure it reaches you securely. Seller Inventory # NU-LSI-06867130