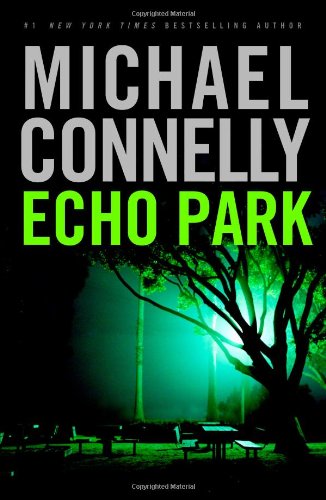 In 1993 Marie Gesto disappeared after walking out of a supermarket. Harry Bosch worked the case but couldn't crack it, and the twenty-two-year-old was never found. Now, more than a decade later, with the Gesto file still on his desk, Bosch gets a call from the District Attorney. A man accused of two heinous murders is willing to come clean about several others, including the killing of Marie Gesto. Taking the confession of the man he has sought-and hated-for thirteen years is bad enough. Discovering that he missed a clue back in 1993 that could have stopped nine other murders may just be the straw that breaks Harry Bosch.

Michael Connelly (born July 21, 1956, Philadelphia, Pennsylvania) is an American author of detective novels, notably those featuring Detective Hieronymus "Harry" Bosch. Bosch, named after the Dutch painter of the same name, is the protagonist of a series of Connelly's novels. The character is an LAPD detective. The Black Echo, the first book featuring Bosch, won the Mystery Writers of America's Edgar Award for Best First Novel of 1992. Connelly has written other books outside the Bosch series, including Blood Work, which was made into a 2002 movie directed by and starring Clint Eastwood. In 2006, The Lincoln Lawyer was selected as one of ten books to feature in Richard and Judy's televised book club. Connelly is a graduate of the University of Florida, where he earned a bachelors degree in journalism. In addition to his books, Connelly has written for television.