Items related to THE EGYPTOLOGIST 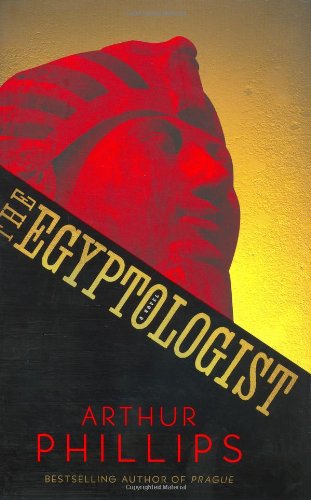 Signed by author on title page. By the author of PRAGUE and ANGELICA. As new, in fine, mylar-protected dust jacket. L82/A65/L14. Bookseller Inventory # 10538

From the bestselling author of Prague comes a witty, inventive, brilliantly constructed novel about an Egyptologist obsessed with finding the tomb of an apocryphal king. This darkly comic labyrinth of a story opens on the desert plains of Egypt in 1922, then winds its way from the slums of Australia to the ballrooms of Boston by way of Oxford, the battlefields of the First World War, and a royal court in turmoil.
Just as Howard Carter unveils the tomb of Tutankhamun, making the most dazzling find in the history of archaeology, Oxford-educated Egyptologist Ralph Trilipush is digging himself into trouble, having staked his professional reputation and his fiancée’s fortune on a scrap of hieroglyphic pornography. Meanwhile, a relentless Australian detective sets off on the case of his career, spanning the globe in search of a murderer. And another murderer. And possibly another murderer. The confluence of these seemingly separate stories results in an explosive ending, at once inevitable and utterly unpredictable.

Arthur Phillips leads this expedition to its unforgettable climax with all the wit and narrative bravado that made Prague one of the most critically acclaimed novels of 2002. Exploring issues of class, greed, ambition, and the very human hunger for eternal life, this staggering second novel gives us a glimpse of Phillips’s range and maturity–and is sure to earn him further acclaim as one of the most exciting authors of his generation.

ARTHUR PHILLIPS’s first novel, Prague, was a national bestseller, a New York Times Notable Book, recipient of the Los Angeles Times Art Seidenbaum Award for First Fiction, and has been translated into seven languages. Phillips lives in New York with his wife and two sons.