Items related to ELEGY FOR APRIL: A Quirke Novel 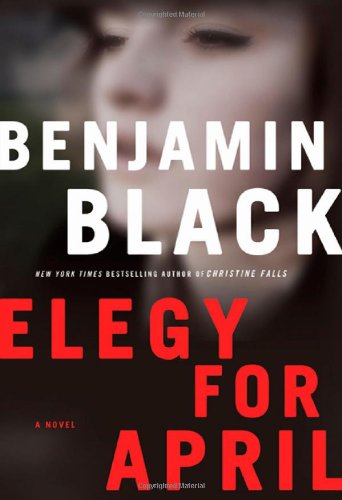 ELEGY FOR APRIL: A Quirke Novel

April Latimer has vanished. A junior doctor at a local hospital, she is something of a scandal in the conservative and highly patriarchal society of 1950s Dublin. Though her family is one of the most respected in the city, she is known for being independent-minded; her taste in men, for instance, is decidedly unconventional.

Now April has disappeared, and her friend Phoebe Griffin suspects the worst. Frantic, Phoebe seeks out Quirke, her brilliant but erratic father, and asks him for help. Sober again after intensive treatment for alcoholism, Quirke enlists his old sparring partner, Detective Inspector Hackett, in the search for the missing young woman. In their separate ways the two men follow April's trail through some of the darker byways of the city to uncover crucial information on her whereabouts. And as Quirke becomes deeply involved in April's murky story, he encounters complicated and ugly truths about family savagery, Catholic ruthlessness, and race hatred.

Both an absorbing crime novel and a brilliant portrait of the difficult and relentless love between a father and his daughter, this is Benjamin Black at his sparkling best.

Benjamin Black is the pen name of the novelist John Banville.  As Black, he is the author of the bestselling and critically acclaimed Quirke novels, including Christine Falls, The Silver Swan, and A Death In Summer, and his standalone novel, The Lemur. Christine Falls was nominated for both the Edgar Award and Macavity Award for Best Novel. Writing as John Banville, his novel The Sea is the winner of the 2005 Man Booker Prize. Black was born in Wexford, Ireland, and lives in Dublin.