Items related to THE EYE OF GOD 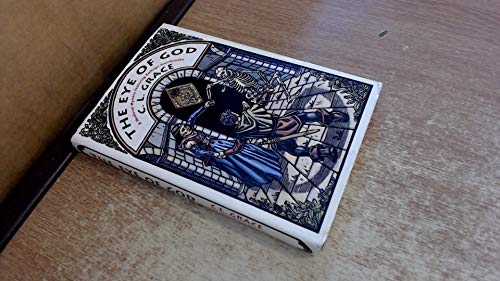 THE EYE OF GOD

Beautiful, increasingly rare copy of THE EYE OF GOD, the second in a series of Medieval mysteries set in Canterbury featuring Kathryn Swinbrooke, a physician and chemist, and Colum Murtagh, a soldier. Based on extensive research, C. L. Grace's series highlights the fact that women doctors played vital roles in English medieval medicine, only to be excluded from the profession in subsequent centuries. C.L. Grace is a pseudonym of P.C. Doherty, the author of numerous historical mysteries, including the first in this series, A SHRINE OF MURDERS, as well as THE PRINCE OF DARKNESS, THE MASKED MAN, THE FATE OF PRINCES, and AN ANCIENT EVIL. As new, unread ,first edition, first prinintg, in fine, mylar-protected dust jacket. M1. Bookseller Inventory # 8332

Title: THE EYE OF GOD

Physician and chemist Kathryn Swinbrooke of Canterbury, England, returns in her second medieval mystery, full of Chaucerian allusions, to investigate, with soldier Colum Murtagh, a series of murders connected with the disappearance of a royal relic, the Eye of God.

YA-In 15th-century England, King Edward IV orders soldier of fortune Colin Murtagh to find the Eye of God, a priceless royal relic that has vanished. When its owner, a traitorous earl, saw his defeat coming at Edward's hands during the War of the Roses, he gave the relic to a trusted ally, Brandon. Now Brandon has died under mysterious circumstances and his companions are missing. The king also requests that Kate Swindon, physician and herbalist, examine Brandon's body and report on his cause of death. At the same time, Colin and Kate are being pursued by Colin's vengeful former comrades. The long arm of deceit and treason reaches from very close to the throne as treachery and intrigue cause corpses to be piled all over the English countryside near Canterbury. The witty team of doctor and soldier who first met in A Shrine of Murders (St. Martin, 1993) recite lines from Chaucer to one another as they solve the case and try to avoid the stalker. The story's swift pace keeps Kate moving rapidly between doctoring and detecting in this colorful historical mystery.
Mary T. Gerrity, Queen Anne School Library, Upper Marlboro, MD
Copyright 1994 Reed Business Information, Inc.