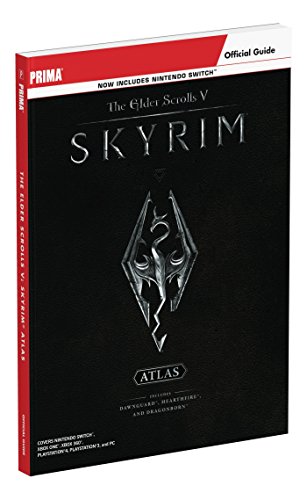 Maps for More Than 150 Locations: Our maps list related quests, enemies encountered, and items found for each location.

Over 300 Collectibles Located: We gather and detail Skill Books, Unique Items, Unusual Gems, and more for each Hold.

Free Mobile-Friendly eGuide: Includes a code to access the eGuide, a web-access version of the guide optimized for a second-screen experience.

Originally hailing from the United Kingdom, David Hodgson left his role as a writer of numerous British video game magazines (including Mean Machines, Computer & Video Games, and the Official Nintendo and Sega Saturn magazines) and a bohemian lifestyle on a dry-docked German fishing trawler to work on the infamous GameFan magazine in 1996. David helped to launch the fledgling GameFan Books and helped form Gamers' Republic in 1998, authoring many strategy guides for Millennium Publications, including The Official Metal Gear Solid Mission Handbook. After launching the wildly unsuccessful Incite Video Gaming and Gamers.com, David found his calling, and began authoring guides for Prima Games. He has written more than 30 Prima strategy guides, including The Godfather: The Game, Knights of the Old Republic, Perfect Dark Zero, Half-Life 2, and Burnout Revenge. He lives in the Pacific Northwest with his wife, Melanie, and an eight-foot statue of the great Cthulhu.