Items related to The Elusive Moth 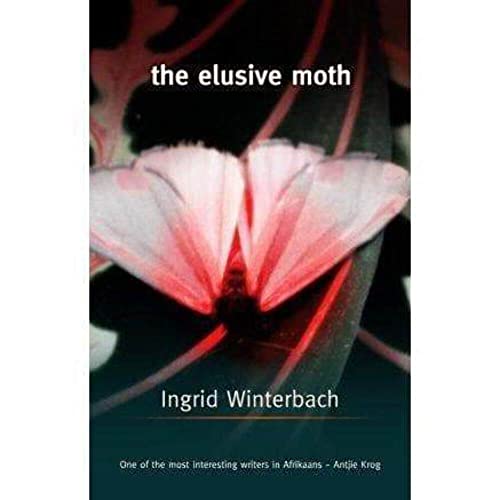 Karolina Ferreira, an entomologist, goes to a small Free State town to do research on the survival strategies of a rare moth species. During the day, Willie September, a natural healer, introduces Karolina to the mysteries of the drought-stricken veld. At night she is introduced and exposed to the town’s political intrigue and power games, while playing snooker, drinking whisky in the ladies bar, and dancing the tango.

This novel was published originally in Afrikaans under the title, Karolina Ferreira and is reworked and revised here by the author.

INGRID WINTERBACH was born in Johannesburg and studied at the University of the Witwatersrand and the University of Stellenbosch. In the years following her studies, she was a teacher, a journalist at Die Burger, and for 13 years a lecturer in the Fine Arts Department of the University of Stellenbosch. After that, Ingrid was also a lecturer in Afrikaans and Dutch at the University of Natal. She has been writing and painting full time since 2002. Her first novel, Klaaglied vir Koos, was published in 1984 under the alias Lettie Viljoen. She published four more books under this name. In 1994 she was awarded both the M-Net and Ou Mutual Prize for her novel Karolina Ferreira. Buller se plan (1999) was the first novel to be published under the name Ingrid Winterbach. In 2004 Ingrid was awarded the Hertzog Prize for prose for Niggie. In 2007 her eighth novel, Die boek van toeval en toeverlaat, was awarded the M-Net Prize, WA Hofmeyer Prize and UJ Prize for creative writing.