Items related to Embracing the Darkness: A Cultural History of Witchcraft 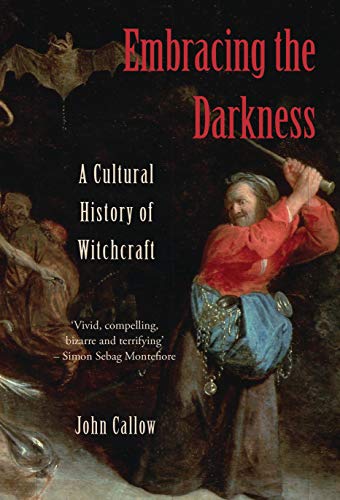 Embracing the Darkness: A Cultural History of Witchcraft

Sheds light on the world of the witch, mage and necromancer. This work takes us into a shadowy landscape where, in an age before modern drugs, the onset of sudden illness was readily explained by malevolent spellcasting. It presents an account of this aspect of the western cultural experience. Num Pages: 264 pages, Illustrations. BIC Classification: HBTB; VXWT. Category: (G) General (US: Trade). Dimension: 234 x 156 x 28. Weight in Grams: 454. . 2010. Hardcover. . . . . Books ship from the US and Ireland. Bookseller Inventory # V9781845114695

As dusk fell on a misty evening in 1521, Martin Luther - hiding from his enemies at Wartburg Castle - found himself seemingly tormented by demons hurling walnuts at his bedroom window. In a fit of rage, the great reformer threw at the Devil the inkwell from which he was preparing his colossal translation of the Bible. A belief - like Luther's - in the supernatural, and in black magic, has been central to European cultural life for 3000 years. From the Salem witch trials to the macabre novels of Dennis Wheatley; from the sadistic persecution of eccentric village women to the seductive sorceresses of TV's Charmed; and from Derek Jarman's punk film Jubilee to Ken Russell's The Devils, John Callow brings the twilight world of the witch, mage and necromancer to vivid and fascinating life. He takes us into a shadowy landscape where, in an age before modern drugs, the onset of sudden illness was readily explained by malevolent spellcasting. And where dark, winding country lanes could terrify by night, as the hoot of an owl or shriek of a fox became the desolate cries of unseen spirits.Witchcraft has profoundly shaped the western imagination, and endures in the forms of modern-day Wicca and paganism.
Embracing the Darkness is an enthralling account of this fascinating aspect of the western cultural experience.

John Callow is a Research Fellow in History at Lancaster University and Director of the Marx Memorial Library in London. He is the author of The Making of King James II , of King in Exile: James II as Warrior, King and Saint , and - with Geoffrey Scarre - of Witchcraft and Magic in Sixteenth and Seventeenth Century Europe.