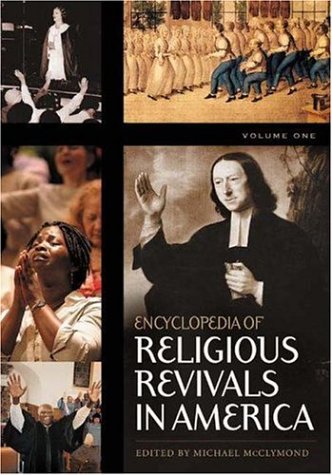 Religious revivals have had a tremendous impact on American society throughout its history. During the First Great Awakening (1739-45), waves of religious fervor spread throughout the American colonies. The Second Great Awakening (1795-1835) witnessed the expansion of existing denominations (e.g., Baptist and Methodist) and the foundation of new denominations such as the Disciples of Christ, the Shakers, the Oneida Community, and the Seventh-day Adventists. These revivalist groups flowered and played a critical role in such cultural and historical movements as abolitionism, temperance, and the struggle for women's rights. More recently, the growing strength of Evangelicalism and Pentecostalism during the late 20th Century may be yet another great awakening that has had―and will have―a profound impact on political, social, and cultural developments.

Covers all of the major aspects of religious revivals in the United States, from the Great Awakening of the 17th Century to the present day.

1. Encyclopedia of Religious Revivals in America, Vols. 1 and 2

Book Description Greenwood, 2006. Condition: Good. A+ Customer service! Satisfaction Guaranteed! Book is in Used-Good condition. Pages and cover are clean and intact. Used items may not include supplementary materials such as CDs or access codes. May show signs of minor shelf wear and contain limited notes and highlighting. Seller Inventory # 0313328285-2-4