Items related to Enlightenment and Emancipation (Bucknell Studies in... 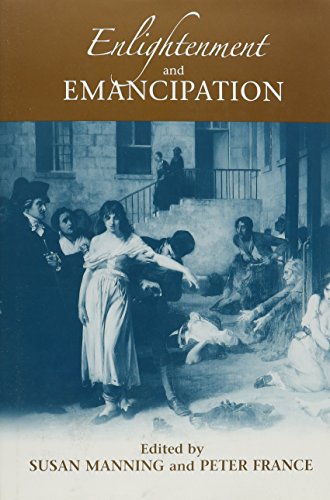 'Enlightenment' and 'Emancipation' as separate issues have received much critical attention, but the complicated interaction of these two great shaping forces of modernity has never been scrutinized in-depth. The Enlightenment has been represented in radically opposing ways: on the one hand, as the throwing off of the chains of superstition, custom, and usurped authority; on the other hand, in the Romantic period, but also more recently, as what Michel Foucault termed 'the great confinement,' in which 'mind-forged manacles' imprison the free and irrational spirit. The debate about the 'Enlightenment project' remains a topical one, which can still arouse fierce passions. This collection of essays by distinguished scholars from various disciplines addresses the central question: 'Was Enlightenment a force for emancipation?' Their responses, working from within, and frequently across the disciplinary lines of history, political science, economics, music, literature, aesthetics, art history, and film, reveal unsuspected connections and divergences even between well-known figures and texts. In their turn, the essays suggest the need for further inquiry in areas that turn out to be very far from closed. The volume considers major writings in unusual juxtaposition; highlights new figures of importance; and demonstrates familiar texts to embody strange implications.

Susan Manning is Grierson Professor of English Literature and director of the Institute for Advanced Studies in the Humanities at the University of Edinburgh.

Peter France is emeritus professor of French at the University of Edinburgh and a Fellow of the British Academy.