Items related to F" is for FUGITIVE: A Kinsey Millhone Mystery 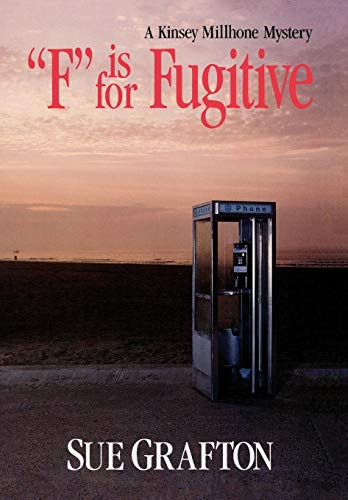 F" is for FUGITIVE: A Kinsey Millhone Mystery

Title: F" is for FUGITIVE: A Kinsey Millhone Mystery

#1 New York Times bestselling author Sue Grafton crafts a thriller set in a town so small that P.I. Kinsey Millhone wonders just how private her investigation can be . . . F is for Fugitive

Floral Beach wasn't much of a town: six streets long and three deep, its only notable feature a strip of sand fronting the Pacific. It was on that sandy beach seventeen years ago that the strangled body of Jean Timberlake had been found.

The people of floral Beach didn't pay a whole lot of mind to past history, especially when Bailey Fowler, the self-confessed killer, had been properly processed and convicted. They weren't even unduly concerned when, a year after the murder, Fowler walked away from the men's prison at San Luis Obispo, never to be seen again. After all, everyone knew Jean had been a wild kid. "Like mother, like daughter," some said--though never within hearing of Shana Timberlake, who, whatever her faults, still mourned her murdered child.

And then, by sheer fluke, the cops stumbled on Bailey Fowler. And a case seventeen years dead came murderously to life again.

For Royce Fowler, old and sick with not much time left, his son's reappearance was the chance to heal an old wound. For Kinsey Millhone, the case was a long shot, but she agreed to take it on. She couldn't know then it would lead her to probe the passions buried just below the surface of family relations, where old wounds fester and the most cherished emotions become warped until they fuse into deadly, soul-destroying time bombs.