Items related to THE FALLEN: A Novel 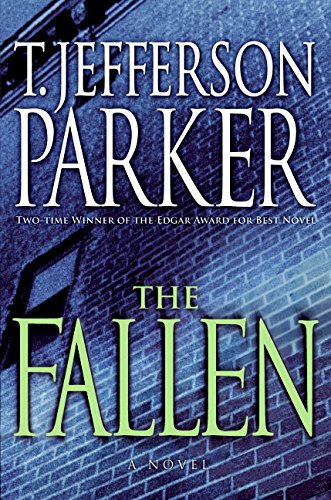 THE FALLEN: A Novel

Title: THE FALLEN: A Novel

My life was ordinary until three years ago when I was thrown out of a downtown hotel window. My name is Robbie Brownlaw, and I am a homicide detective for the city of San Diego. I am twenty-nine years old.

I now have synesthesia, a neurological condition where your senses get mixed up. Sometimes when people talk to me, I see their voices as colored shapes provoked by the emotions of the speakers, not by the words themselves. I have what amounts to a primitive lie detector. After three years, I don't pay a whole lot of attention to the colors and shapes of other people's feelings, unless they don't match up with their words.

When Garrett Asplundh's body is found under a San Diego bridge, Robbie Brownlaw and his partner, McKenzie Cortez, are called on to the case. After the tragic death of his child and the dissolution of his marriage, Garrett -- regarded as an honest, straight-arrow officer -- left the SDPD to become an ethics investigator, looking into the activities of his former colleagues. At first his death, which takes place on the eve of a reconciliation with his ex, looks like suicide, but the clues Brownlaw and Cortez find just don't add up. With pressure mounting from the police and the city's politicians, Brownlaw fights to find the truth, all the while trying to hold on to his own crumbling marriage. Was Garrett's death an "execution" or a crime of passion, a personal vendetta or the final step in an elaborate cover-up? Amid rampant corruption and tightening city purse strings, whatever conclusion Brownlaw comes to, the city of San Diego -- and Brownlaw's life -- hangs in the balance.

A carefully woven novel of suspense, The Fallen brings to life a superb cast of characters against the all-too-real backdrop of a city fighting for its survival. Hailed by critics as "a powerhouse writer" (New York Times) and "a thinking man's bestseller" (Washington Post), T. Jefferson Parker delivers his most elegantly written, suspenseful, and moving novel yet.

T. Jefferson Parker is the bestselling author of seventeen novels, including the Edgar Award winners California Girl and Silent Joe. Alongside Dick Francis and James Lee Burke, he is one of only three writers who has won the Edgar Award for Best Novel more than once. Parker lives with his family in Southern California.