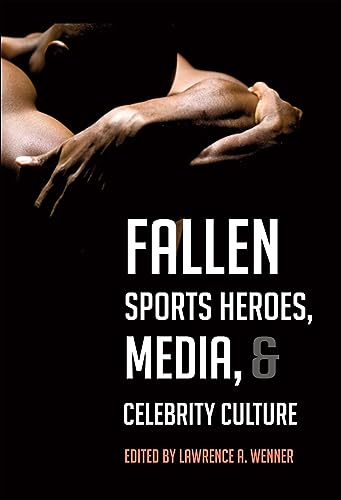 This book has won the CHOICE Outstanding Academic Title award 2014.

Fallen Sports Heroes, Media, and Celebrity Culture focuses on the increasingly ubiquitous phenomenon whereby notable figures from the sporting world fall from grace in full public view on the main stages of media. While such falls are of remarkably varied character, they fuel questions about the role of the sports hero, the co-mingling of sport and celebrity culture, and the changing nature of moral fault lines in contemporary society. In examining the «hero to villain arc» of sport celebrity, this volume features leading scholars from the fields of media, sport, and cultural studies who bring diverse vantage points to understanding how contemporary sport celebrities become heroes and gain fame and then fall precipitously from grace through a variety of «sporting offenses.» The sagas of star athletes as well as coaches and sportscasters are examined running the gamut from substance abuse (from performance-enhancing and recreational drugs to alcoholism) to sexual «improprieties» (from bad sexual manners to sexual assault to sex addiction to homophobia to questions over verification of sex) to routine thuggery (aimed not only at opponents but seen in extracurricular gun play and dogfighting) to questionable politics (demonstrating loyalties ranging from «good» nationalism to «bad»). The intriguing analyses featured here make us think about our cultural preoccupation with sports, the prospects for finding heroes in celebrity culture, and the moral complexities that are engaged as sport heroes fall and sometimes rise again redeemed.

Lawrence A. Wenner (PhD, University of Iowa) is Von der Ahe Professor of Communication and Ethics in the College of Communication & Fine Arts and the School of Film & Television at Loyola Marymount University in Los Angeles. He is editor of the journals International Review for the Sociology of Sport and Communication and Sport. His books on sport include Media, Sports, and Society; MediaSport; and Sport, Beer, and Gender: Promotional Culture and Contemporary Social Life (with Steven J. Jackson).