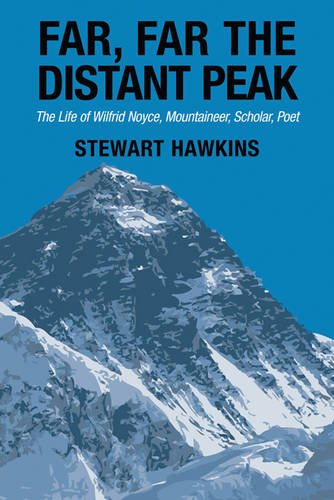 Wilfrid Noyce is best known for his mountaineering exploits during the period before the Second World War and until his death in 1962 in the Pamirs; he made a major contribution to the success of the 1953 Everest expedition. There were however many other sides to this quiet, diffident unassuming man. This book tells of his scholarly prowess from an early age right through Charterhouse and King's College, Cambridge to his War service in India and beyond. He led the cryptography team that broke a key Japanese code and significantly improved the ability of the allies to understand the plans of the Japanese and to intercept the movements of their forces. After the war he became a schoolmaster, first at Malvern College and, after his marriage in 1950, at his old school, Charterhouse. He taught Classics initially and then French and Italian and was appreciated for the quiet manner in which he delivered his lessons. He was a popular master and many are the boys who are grateful to him for introducing them to the mountains and inspiring them with a love of adventure and the outdoors. Poetry and writing came naturally to him. Articles and poems flowed from his pen from early on and when he was established as a writer, he published a new book almost every year. Most of these concerned the mountains and adventure but the biography-poem Michael Angelo was published in 1953 and Poems in 1960. The citizens of Godalming elected him on two occasions to the Borough Council where he served on several sub-committees and took as his particular constituency the young people of the borough. He actively promoted not only adventurous but also literary activities for them. Noyce was instrumental in the creation of the Youth Centre in Godalming, which was completed just before his death and subsequently named after him. This book describes Noyce's life and achievements and seeks to show the motivation and driving force of a man who spanned two very different eras of mountaineering achievement.

Born in 1938 Stewart Hawkins spent the war years in North London. He was educated at Charterhouse and Balliol College, Oxford, during which he had a year as a Political Officer in the Eastern Aden Protectorate. After Oxford it was back to Nigeria to sell oil to an oil company and alcohol to a brewery, followed by four years exporting Welsh steel to Europe and the Middle East. Then after twenty-four years with a major computer company which was punctuated with spells in the United Arab Emirates and Paris, he retired. He started climbing at school with Wilfrid Noyce and has been a member of the Climbers' Club for over fifty years. A very keen Scout from an early age he has been International Commissioner for the UK Scouts, Chairman of European Scouting and Chairman of the European Scout Foundation. He has three sons and enough grandchildren and was widowed in 1998. He now lives with his second wife in the Southern French Alps