Home Ron Reagan My Father at 100 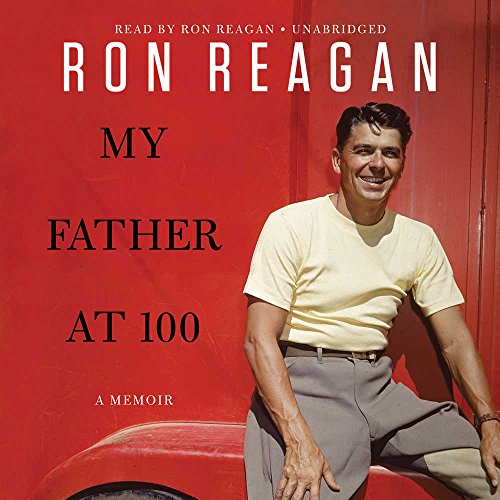 Synopsis: A moving memoir of the beloved fortieth president of the United States, by his son.

February 6, 2011, is the one hundredth anniversary of Ronald Reagan's birth. To mark the occasion, Ron Reagan has written My Father at 100, an intimate look at the life of his father -- one of the most popular presidents in American history -- told from the perspective of someone who knew Ronald Reagan better than any advisor, friend, or colleague. As he grew up under his father's watchful gaze, he observed the very qualities that made the future president a powerful leader. Yet for all of their shared experiences of horseback rides and touch football games, there was much that Ron never knew about his father's past, and in My Father at 100 he sets out to understand this beloved, if often enigmatic, figure who turned his early tribulations into a stunning political career.

Since his death in 2004, President Reagan has been a galvanizing force that personifies the values of an older America and represents an important era in national history. Ron Reagan traces the sources of these values in his father's early years and offers a heartfelt portrait of a man and his country -- and his personal memories of the president he knew as ''Dad.''

Plans are already underway to celebrate Ronald Reagan's centennial in 2011 across the country. America will stop to recall the beloved president, and this book is the perfect spark to kick off the festivities.

About the Author: RON REAGAN is the son of President Ronald Reagan and First Lady Nancy Reagan. He is currently a political pundit for the cable television network MSNBC. He was formerly a talk radio host and chief political analyst for KIRO radio in Seattle and the host of Air America's The Ron Reagan Show. He has also written for numerous magazines.