Items related to A Fortress in Shadow (Dread Empire) 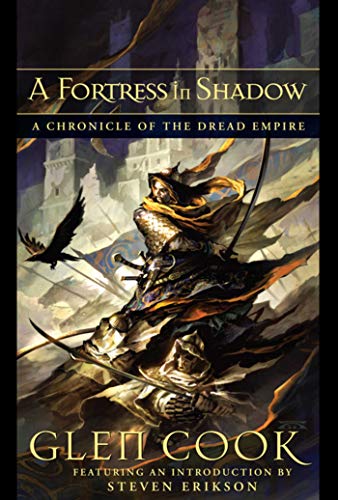 A Fortress in Shadow (Dread Empire)

Once a mighty kingdom reigned, but now all is chaos. In the vast reaches of the desert, a young heretic escapes certain death and embarks on a mission of madness and glory. He is El Murid - the Disciple - who vows to bring order, prosperity and righteousness to the desert people of Hammad al Nakir. El Murid incites rebellion against the godless kingdoms and tribes as he plots to execute the justice of the desert. After four long centuries, El Murid is the savior who is destined to build a new empire from the blood his enemies. Or so it seems. El Murid has victory in his grasp, the desert tribes of Hammad al Nakir are rallying around him, and the last remaining thread of the royal lineage wanders the desert with only Heathens to help him. But all is not as it seems, and the sinister forces pulling the strings of empire come into the light. Who and what lies behind El Murid's vision of a desert empire?

Skyhorse Publishing, under our Night Shade and Talos imprints, is proud to publish a broad range of titles for readers interested in science fiction (space opera, time travel, hard SF, alien invasion, near-future dystopia), fantasy (grimdark, sword and sorcery, contemporary urban fantasy, steampunk, alternative history), and horror (zombies, vampires, and the occult and supernatural), and much more. While not every title we publish becomes a New York Times bestseller, a national bestseller, or a Hugo or Nebula award-winner, we are committed to publishing quality books from a diverse group of authors.

Glen Cook is the author of dozens of novels of fantasy and science fiction, including The Black Company series, The Garrett Files, and The Tyranny of the Night. Cook was born in 1944 in New York City. He attended the Clarion Writers Workshop in 1970, where he met his wife, Carol.