Home Squire, E. D. A Fortune in Your Hand 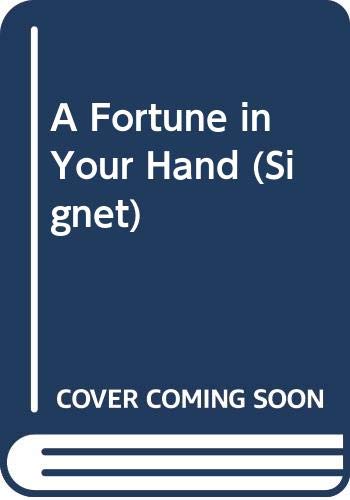 A Fortune in Your Hand

Synopsis: In a newly revised and expanded edition of this classic handbook of the art of hand-reading (palmistry), author/columnist Elizabeth Daniels Squire takes readers on a step-by-step journey of discovery. Includes illustrations, charts, and real-life examples utilizing the handprints of such notables as Helen Keller, Eleanor Roosevelt, Salvador Dali, and others.

About the Author: Journalist, nationally syndicated columnist, and award-winning mystery writer Elizabeth Daniels Squire was born into a world of words on July 17, 1926. Her grandfather, Josephus Daniels, was a highly respected newspaper editor and publisher. He served as Secretary of the Navy during World War I and as American ambassador to Mexico under Franklin D. Roosevelt. Her father, Jonathan Daniels, was press secretary both to FDR and to Harry Truman, and author of twenty-one books of history and biography. Her aunt, Ann Bridgers, was the author of Coquette, which made Helen Hayes and Mary Pickford stars. But still, writing did not come easily to Elizabeth. Due to a lifelong struggle with dyslexia, schoolwork especially reading and writing presented her with great difficulties. Yet, gifted with resilience and a desire to succeed, Elizabeth found ways to cope with her disability and graduated from Vassar College. Perhaps because of family history, but probably more from a desire to conquer her demons of dyslexia, Elizabeth chose a career in journalism. As a reporter, she covered murder trials, and as a nationally syndicated columnist, she wrote about the character and talents revealed by the handprints of such notables as Salvador Dali and Eleanor Roosevelt. But it s her work as a mystery writer for which she is best known. As do most accomplished writers, Elizabeth drew on her own experiences and personal knowledge when writing her mysteries. The idea for her first book came from something that happened to her grandfather who was shot at by someone upset by one of his editorials. In that case, the murder didn t happen; but in Elizabeth s Kill the Messenger, her first mystery (and the only one not starring her absent-minded sleuth, Peaches Dann), a newspaper publisher is murdered. The plot in another of her books, Forget About Murder, was based on the fact that her otherwise genteel grandmother once hid a still in her attic for a neighbor who was selling moons

1. Fortune in Your Hand

Book Description Penguin Publishing Group. Mass Market Paperback. Condition: Good. A copy that has been read, but remains in clean condition. All pages are intact, and the cover is intact. The spine may show signs of wear. Pages can include limited notes and highlighting, and the copy can include previous owner inscriptions. At ThriftBooks, our motto is: Read More, Spend Less. Seller Inventory # G0451142322I3N00

2. A Fortune in Your Hand

3. A Fortune in Your Hand

Book Description Signet, 1978. Condition: Good. A+ Customer service! Satisfaction Guaranteed! Book is in Used-Good condition. Pages and cover are clean and intact. Used items may not include supplementary materials such as CDs or access codes. May show signs of minor shelf wear and contain limited notes and highlighting. Seller Inventory # 0451142322-2-4