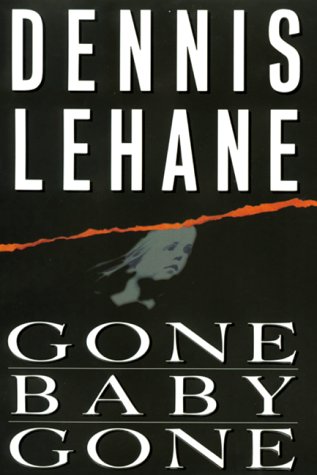 “Powerful and raw, harrowing, and unsentimental.”

Cheese Olamon, "a six-foot-two, four-hundred-and-thirty-pound yellow-haired Scandinavian who'd somehow arrived at the misconception he was black," is telling his old grammar school friends Patrick Kenzie and Angie Gennaro why they have to convince another mutual chum, the gun dealer Bubba Rugowski, that Cheese didn't try to have him killed. "You let Bubba know I'm clean when it comes to what happened to him. You want me alive. Okay? Without me, that girl will be gone. Gone-gone. You understand? Gone, baby, gone." Of all the chilling, completely credible scenes of sadness, destruction, and betrayal in Dennis Lehane's fourth and very possibly best book about Kenzie and Gennaro, this moment stands out because it captures in a few pages the essence of Lehane's success.

Private detectives Kenzie and Gennaro, who live in the same working-class Dorchester neighborhood of Boston where they grew up, have gone to visit drug dealer Cheese in prison because they think he's involved in the kidnapping of 4-year-old Amanda McCready. Without sentimentalizing the grotesque figure of Cheese, Lehane tells us enough about his past to make us understand why he and the two detectives might share enough trust to possibly save a child's life when all the best efforts of traditional law enforcement have failed. By putting Kenzie and Gennaro just to one side of the law (but not totally outside; they have several cop friends, a very important part of the story), Lehane adds depth and edge to traditional genre relationships. The lifelong love affair between Kenzie and Gennaro--interrupted by her marriage to his best friend--is another perfectly controlled element that grows and changes as we watch. Surrounded by dead, abused, and missing children, Kenzie mourns and rages while Gennaro longs for one of her own. So the choices made by both of them in the final pages of this absolutely gripping story have the inevitability of life and the dazzling beauty of art.

Other Kenzie/Gennaro books available in paperback: Darkness, Take My Hand, A Drink Before the War, Sacred. --Dick Adler