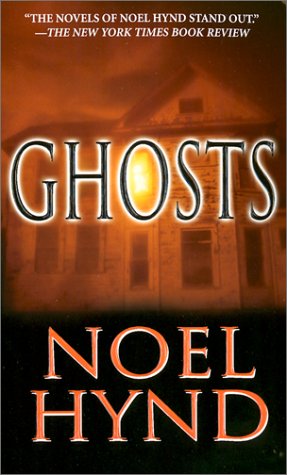 When Academy Award-winning actress Annette Carlson buys an old house in Nantucket, she discovers that the place is haunted by a malevolent spirit, who threatens not only Annette, but the entire community. Reissue.

Sleepy Nantucket Island has become a homicide hotspot, with two unexplained deaths. While the murders appear to local cops to be unrelated, Detective Timothy Brooks, a recent transplant to the island, sees similarities in the corpses' wounds. Meanwhile, spectral disturbances, including sightings and eerie moving furniture, are plaguing both locals as well as the summer crowd. Hollywood star Annette Carlson, who bought a place following a stint in drug rehab, is besieged by visitations that she is certain are not figments of her overtaxed imagination. Brooks begins to see parallels between the recent killings and Carlson's bizarre accounts. He contacts his buddy, Lutheran minister and spiritualist George Osaro, to help identify the evil spirit--the ghost of Henry Flaherty, a no-account lothario and stage actor who was killed in the late 1920s. Soon, Osaro, Brooks and Carlson are pressed into service as "ghostbusters" to save Nantucket from a paranormal meltdown. Alternately playful and somber in tone, written in spare prose, Hynd's ( False Flags ) lengthy story will arouse fear and suspicion in any reader who has ever heard things go "bump"--day or night.
Copyright 1993 Reed Business Information, Inc.