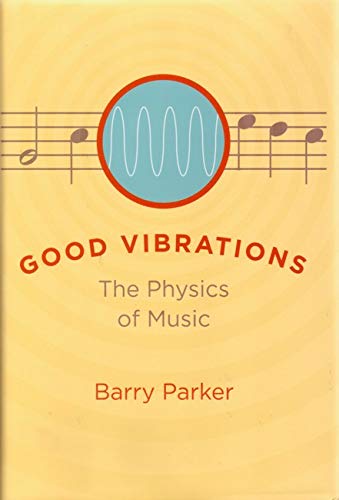 Why does a harpsichord sound different from a piano? For that matter, why does middle C on a piano differ from middle C on a tuning fork, a trombone, or a flute? Good Vibrations explains in clear, friendly language the out-of-sight physics responsible not only for these differences but also for the whole range of noises we call music.

The physical properties and history of sound are fascinating to study. Barry Parker's tour of the physics of music details the science of how instruments, the acoustics of rooms, electronics, and humans create and alter the varied sounds we hear. Using physics as a base, Parker discusses the history of music, how sounds are made and perceived, and the various effects of acting on sounds. In the process, he demonstrates what acoustics can teach us about quantum theory and explains the relationship between harmonics and the theory of waves.

Peppered throughout with anecdotes and examples illustrating key concepts, this invitingly written book provides a firm grounding in the actual and theoretical physics of music.

Barry Parker is a professor emeritus of physics at Idaho State University and the author of The Isaac Newton School of Driving and Death Rays, Jet Packs, Stunts, and Supercars, both published by Johns Hopkins.