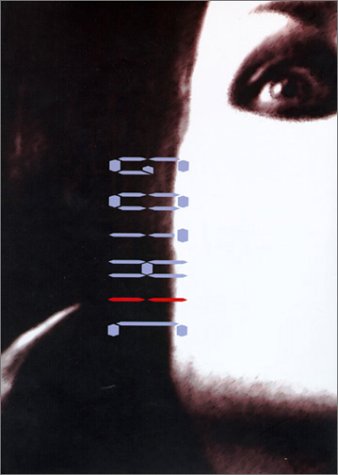 0262071843 Hardcover book in very nice condition, text is unmarked and pages are tight. Bookseller Inventory # B2631

Synopsis: As the millennium draws to a close, a Gothic spirit once again penetrates much of today's art and culture. Over the past decade, American and European artists have grown increasingly fascinated with the dark and uncanny side of the human psyche—the theatrical and grotesque, the violent and destructive.

Taking its starting point and title from the Gothic novel, this book investigates the full-blown revival of a Gothic sensibility in contemporary art; in American and British fiction labeled the "New Gothic"; in film with its long tradition of horror; and in video, music, fashion, design, and underground culture. Gothic accompanies an exhibition at The Institute of Contemporary Art, Boston, of twenty-three artists who produce horror as well as amazement through often ugly, fragmented, and contorted forms. Some employ a detached and reductive formal language to transmute images of excessive and gruesome violence, nevertheless achieving an equally disconcerting impact. The old Gothic themes of the fantastic and pathological are infused with new potency as they address concerns about the body, disease, voyeurism, and power.

Copublished with The Institute of Contemporary Art, Boston.

Review: Gothic: Transmutations of Horror in Late Twentieth Century Art was published to accompany an exhibition in 1997 at the Institute for Contemporary Art in Boston, where editor Christoph Grunenberg is curator. The first essay, by Grunenberg himself--"Unsolved Mysteries: Gothic Tales from Frankenstein to the Hair Eating Doll"--is both a rich, fascinating overview of the ongoing Gothic revival in several media (with a treasure trove of black-and-white illustrations) and an introduction to the exhibition:

As the millennium draws to a close, a Gothic spirit once again penetrates much of today's art and culture. Over the last decade, American and European artists have grown increasingly fascinated with the dark and uncanny side of the human psyche, the theatrical and the grotesque, the violent and destructive.

Book Description The MIT Press, 1997. Hardcover. Condition: Good. Connecting readers with great books since 1972. Used books may not include companion materials, some shelf wear, may contain highlighting/notes, may not include cdrom or access codes. Customer service is our top priority!. Seller Inventory # S_286699303

Book Description Hardcover. Condition: Good. This item shows signs of wear from consistent use, but it remains in good condition and works perfectly. All pages and cover are intact , but may have aesthetic issues such as small tears, bends, scratches, and scuffs. Spine may also show signs of wear. Pages may include some notes and highlighting. May include From the library of labels. Satisfaction Guaranteed. Seller Inventory # 4BQJ140004T0_ns

Book Description The MIT Press, 1997. Hardcover. Condition: GOOD. Has little wear to the cover and pages. Contains some markings such as highlighting and writing. Supplemental materials are not guaranteed with any used book purchases. Seller Inventory # 0262071843_abe_gd

Book Description The MIT Press, 1997. Condition: Good. A+ Customer service! Satisfaction Guaranteed! Book is in Used-Good condition. Pages and cover are clean and intact. Used items may not include supplementary materials such as CDs or access codes. May show signs of minor shelf wear and contain limited notes and highlighting. Seller Inventory # 0262071843-2-4

Book Description The MIT Press, 1997. Hardcover. Condition: Unmarked and bright pages. Dust Jacket Condition: Very fine condition. second printing. In Beautiful spotless condition,clean pages,tight binding,text unmarked We will only sell books that are in Very good or better condition unless its a very rare book. All books listed includes its own actual photo. Upon request we will send more photos and information. Seller Inventory # SKU1052052

Book Description The MIT Press, 1997. Hardcover. Condition: Very Good. Dust Jacket Condition: Very Good. Second Printing. Full cloth hardcover binding is clean and solid with some small indentations on the spine that transfer to the jacket as well. The interior and text are clean and unmarked. The dustjacket presents well under fresh archival mylar. NOT ex-lib. A clean, solid copy in jacket. 223pp. This book is over-sized and quite heavy, so it will require additional shipping charges on all priority and international orders. Seller Inventory # 006400

There are 16 more copies of this book