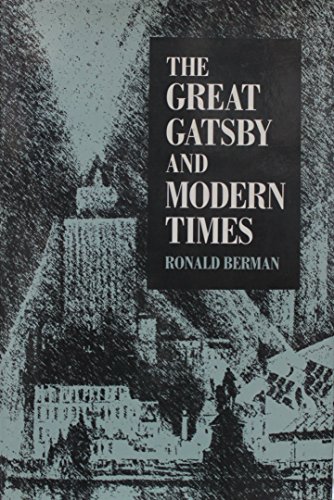 "A stunning piece of work. If Fitzgerald could have wished for one reader of The Great Gatsby, it would have been Ronald Berman. Berman's criticism creates an ideal companion piece to the novel--as brilliantly illuminating about America as it is about fiction, and composed with as much thought and style." Roger Rosenblatt "An impressive study that brilliantly highlights the oneness of Fitzgerald's art with the overall context of modernism." Milton R. Stern, author of The Golden Moment: The Novels of F. Scott Fitzgerald "Citing films, dates, places, schedules, Broadway newsstands, and the spoils of manufacture, the author, never lapsing into critical jargon, locates the characters in 'the moving present.' Gatsby, the first of the great novels to emerge from B movies, uses the language of commodities, advertisements, photography, cinematography, and Horatio Alger to present models of identity for characters absorbed in and by what is communicated... Berman concludes that Gatsby 'reassembled' rather than 'invented' himself." A. Hirsh, Choice