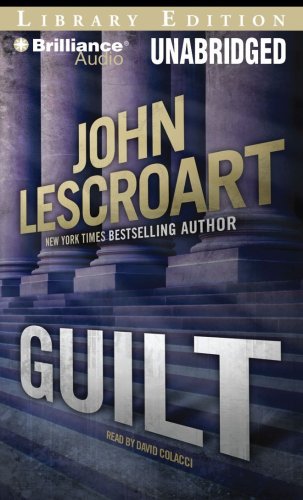 Mark Dooher is a prosperous San Francisco attorney and a prominent Catholic, the last person anyone would suspect of a brutal crime. But Dooher, a paragon of success and a master of all he touches, is about to be indicted for murder. Charged with savagely killing his own wife, Dooher is fighting for his reputation and his life in a high-profile case that is drawing dozens of lives into its wake – from former spouses to former friends, from a beautiful, naïve young attorney to a defense lawyer whose own salvation depends on getting his client off. Now, as the trial builds to a crescendo, as evidence is sifted and witnesses discredited, as a good cop tries to pick up the pieces of his shattered life and a D.A. risks her career, the truth about Mark Dooher is about to explode. For in a trial that will change the lives of everyone it touches, there is one thing that no one knows – until it is much too late...

Even though the excellent thrillers by John Lescroart--The 13th Juror, A Certain Justice, Dead Irish, and Hard Evidence are out in paperback--usually feature stirring courtroom scenes, where they really shine is out in the real world. His latest is no exception, as Mark Dooher, a high-profile attorney with links to the Catholic hierarchy of San Francisco, is charged with the brutal murder of the wife he had come to hate. Did Dooher do her? Lt. Abe Glitsky, whose own beloved wife is dying of cancer, is sure of it, but defense attorneys Wes Farrell and Christina Carrera--for different but equally hidden reasons--are certain he's being framed. You'll enjoy the tension and appreciate the intricate plotting.