Items related to HEROES OF THE FRONTIER 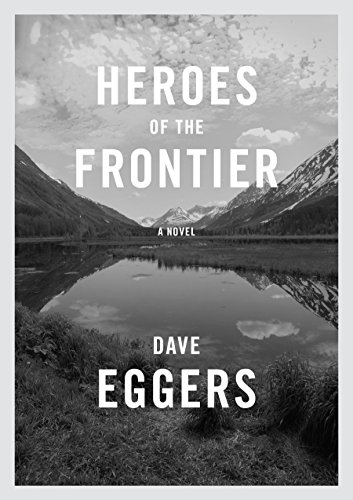 HEROES OF THE FRONTIER

Signed and dated 11/5/16 by author on title page in black fountain ink. New, unread, first edition, first printing in silver pictorial boards with embossed titles to front board and spine, as issued without dust jacket. *Packaged carefully and shipped in a box to arrive in described condition. {BUND}. Bookseller Inventory # 022516

Title: HEROES OF THE FRONTIER

Longlisted for an Andrew Carnegie Medal for Excellence in Fiction

A captivating, often hilarious novel of family and wilderness from the bestselling author of The Circle, this is a powerful examination of our contemporary life and a rousing story of adventure.

Josie and her children’s father have split up, she’s been sued by a former patient and lost her dental practice, and she’s grieving the death of a young man senselessly killed. When her ex asks to take the children to meet his new fiancée’s family, Josie makes a run for it, figuring Alaska is about as far as she can get without a passport. Josie and her kids, Paul and Ana, rent a rattling old RV named the Chateau, and at first their trip feels like a vacation: They see bears and bison, they eat hot dogs cooked on a bonfire, and they spend nights parked along icy cold rivers in dark forests. But as they drive, pushed north by the ubiquitous wildfires, Josie is chased by enemies both real and imagined, past mistakes pursuing her tiny family, even to the very edge of civilization.

A tremendous new novel from the best-selling author of The Circle, Heroes of the Frontier is the darkly comic story of a mother and her two young children on a journey through an Alaskan wilderness plagued by wildfires and a uniquely American madness.

DAVE EGGERS is the author of ten books, including the national best sellers The Circle and A Hologram for the King, which was a finalist for the 2012 National Book Award. He is the founder of McSweeney's, an independent publishing company based in San Francisco. Eggers is the cofounder of 826 National, a network of eight tutoring centers around the country, and ScholarMatch, a nonprofit organization designed to connect students with resources, schools, and donors to make college possible. He lives in Northern California with his family.