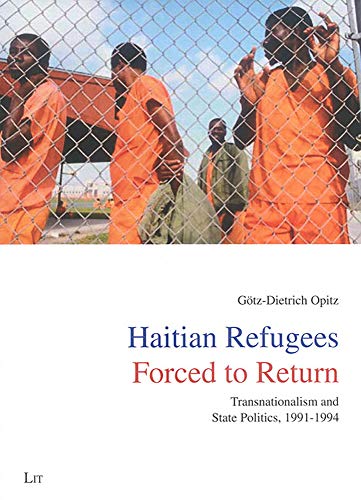 About the Author: Gotz-Dietrich Opitz is researcher at University of Munich.

Book Description Lit Verlag, Germany, 2005. Paperback. Condition: New. Language: English. Brand new Book. On September 30, 1991, Haiti's first democratically elected president, Jean-Bertrand Aristide, was overthrown by a coup d'etat. The Haitian political crisis, which was marked by intense international pressure for political negotiation, triggered a stream of refugees bound foremost for the United States. The US Coast Guard began detaining interdicted Haitians at the US naval base at Guantanamo Bay, Cuba, as well as forcibly returning a certain number to the Haitian capital. What was the role played by the Haitian diaspor in the United States, as the Haitian crisis unfolded until Aristide's reinstatement in October 1994? This study investigates how this process of intervention was shaped by socially constructed categories such as nation, race, ethnicity, and class. Seller Inventory # AAO9783825845445