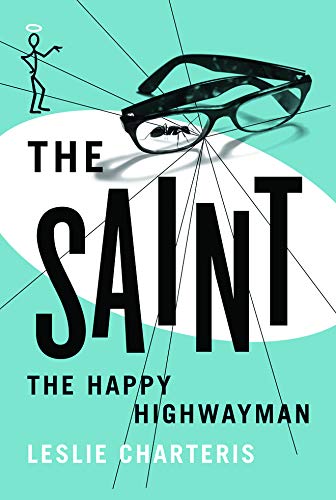 The Happy Highwayman (The Saint Series)

Nine classic short stories in which the Saint tackles a clever detective who isn’t actually all that smart, a well-meaning mayor, a French count, a man who likes ants, and a producer who, much to the Saint’s surprise, turns out to be quite smart. Whether it’s gala dinners or poker competitions, the Saint finds adventures to enjoy...

Leslie Charteris was born in Singapore on May 12th, 1907. With his mother and brother, he moved to England in 1919 and attended Rossall School in Lancashire before moving on to Cambridge University to study law. His studies there came to a halt when a publisher accepted his first novel. His third book, entitled Meet the Tiger!, was written when he was twenty years old and published in September 1928. It introduced the world to Simon Templar, aka the Saint.

He continued to write about the Saint until 1983 when the last book, Salvage for the Saint, was published. The books, which have been translated into over thirty languages, number nearly a hundred and have sold over 40 million copies around the world. They’ve inspired, to date, fifteen feature films, three TV series, ten radio series, and a comic strip that was written by Charteris and syndicated around the world for over a decade. He enjoyed travelling but settled for long periods in Hollywood, Florida, and finally in Surrey, England. He was awarded the Cartier Diamond Dagger by the Crime Writers’ Association in 1992, in recognition of a lifetime of achievement. He died the following year.

To find out more about Leslie Charteris and his work, visit www.lesliecharteris.com.

2. The Happy Highwayman (The Saint)

3. The Happy Highwayman (The Saint)