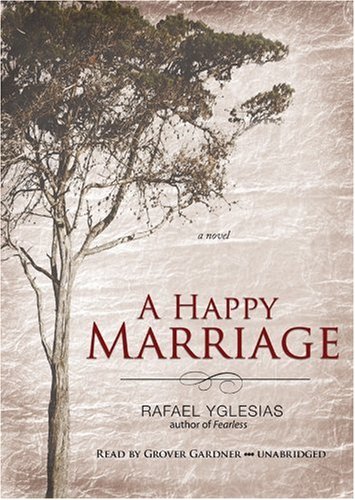 A Happy Marriage: A Novel

Synopsis: A Happy Marriage is both intimate and expansive: It is the story of Enrique Sabas and his wife, Margaret, a novel that alternates between the romantic misadventures of the first weeks of their courtship and the final months of Margaret's life as she says good-bye to her family, friends, and children -- and to Enrique. Spanning thirty years, this achingly honest story is about what it means for two people to spend a lifetime together -- and what makes a happy marriage.

Yglesias's career as a novelist began in 1970 when he wrote an autobiographical novel at sixteen, hailed by critics for its stunning and revelatory depiction of adolescence. A Happy Marriage, his first work of fiction in thirteen years, was inspired by his relationship with his wife, Margaret, who died in 2004. Bold, elegiac, and emotionally suspenseful, even though we know what happens, Yglesias's beautiful novel will break every reader's heart --while encouraging all of us with its clear-eyed evocation of the enduring value of marriage.

About the Author: RAFAEL YGLESIAS is an American novelist and screenwriter. He dropped out of high school upon publication of his first novel in 1972 at age seventeen. He was married to his wife, Margaret, from 1977 until her death in 2004. He is the author of nine novels, including Dr. Neruda's Cure for Evil and Fearless, which he adapted for the screen. He has two grown sons and lives in New York's Greenwich Village.

1. A Happy Marriage: A Novel

2. A Happy Marriage: A Novel

Book Description Blackstone Audio 2010-08-01, 2010. Audio CD. Condition: Good. Item is in good condition. Some moderate creases and wear. This item may not come with CDs or additional parts including access codes for textbooks. Might be an ex-library copy and contain writing/highlighting. Seller Inventory # DS-1441725415-3

3. A Happy Marriage: A Novel