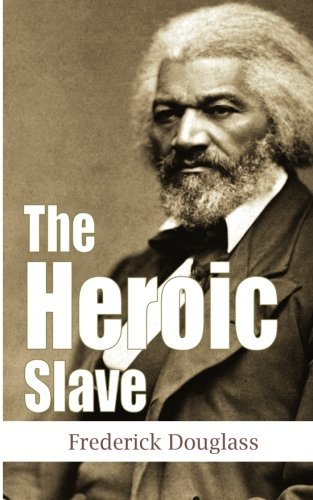 The Heroic Slave (Another Leaf Press)

About the Author: Frederick Douglass (1818–1895) was an American social reformer, orator, writer and statesman. After escaping from slavery, he became a leader of the abolitionist movement, gaining renown for his dazzling oratory and incisive antislavery writing. He stood as a living counter-example to slaveholders' arguments that slaves did not have the intellectual capacity to function as independent American citizens. He became a major speaker for the cause of abolition. In addition to his oratory, Douglass wrote several autobiographies, eloquently describing his life as a slave, and his struggles to be free. His classic autobiography, Life and Times of Frederick Douglass, is one of the best known accounts of American slavery. After the Civil War, Douglass remained very active in America's struggle to reach its potential as a "land of the free". Douglass actively supported women's suffrage. Following the war, he worked on behalf of equal rights for freedmen, and held multiple public offices. Douglass was a firm believer in the equality of all people, whether black, female, Native American, or recent immigrant. He was fond of saying, "I would unite with anybody to do right and with nobody to do wrong."

1. The Heroic Slave (Another Leaf Press)

2. The Heroic Slave (Another Leaf Press)

Book Description CreateSpace Independent Publishing Platform, 2013. Condition: Good. Shows some signs of wear, and may have some markings on the inside. Seller Inventory # GRP97856990

3. The Heroic Slave (Another Leaf Press)