Items related to The Historical Archaeology of Military Sites: Method... 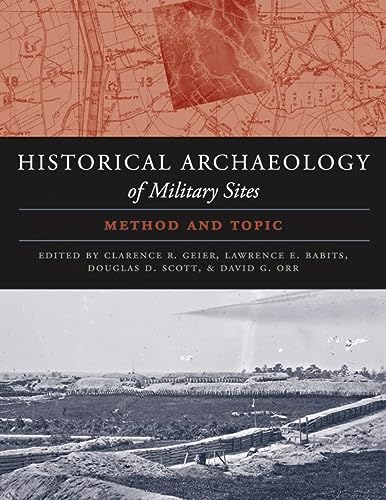 The Historical Archaeology of Military Sites: Method and Topic

The recent work of anthropologists, historians, and historical archaeologists has changed the very essence of military history. While once preoccupied with great battles and the generals who commanded the armies and employed the tactics, military history has begun to emphasize the importance of the “common man” for interpreting events. As a result, military historians have begun to see military forces and the people serving in them from different perspectives. The Historical Archaeology of Military Sites has encouraged efforts to understand armies as human communities and to address the lives of those who composed them. Tying a group of combatants to the successes and failures of their military commanders leads to a failure to understand such groups as distinct social units and, in some instances, self-supporting societies: structured around a defined social and political hierarchy; regulated by law; needing to be supplied and nurtured; and often at odds with the human community whose lands they occupied, be they those of friend or foe.
The Historical Archaeology of Military Sites will afford students, professionals dealing with military sites, and the interested public examples of the latest techniques and proven field methods to aid understanding and conservation of these vital pieces of the world’s heritage.